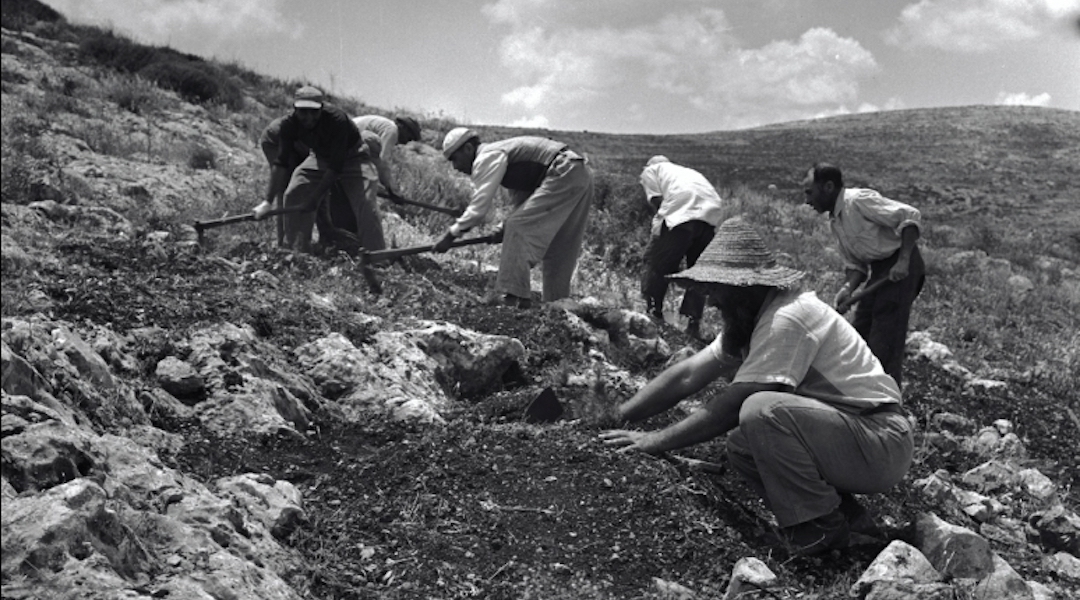 The Jewish National Fund plans to plant one million new trees in the Negev-Rafiah area during the current planting season which began at Tu B’Shvat, two weeks ago. At one site in the Rafiah area, local Bedouins took part in Tu B’Shvat planting celebrations. They are members of the Dahaniya tribe.

Apart from tree-planting, JNF is investing major efforts in the Rafiah region in earth-moving work to give the young settlements in the area greater stability and greater protection from the elements. Further south, at Di-Zahav on the Eilat-Sharm el-Sheikh road, the JNF is laying the infrastructure for a skin-diving club intended to promote tourism to this natural beauty spot.

There will be no Bulletin dated Feb. 16, due to Washington’s birthday a postal holiday.