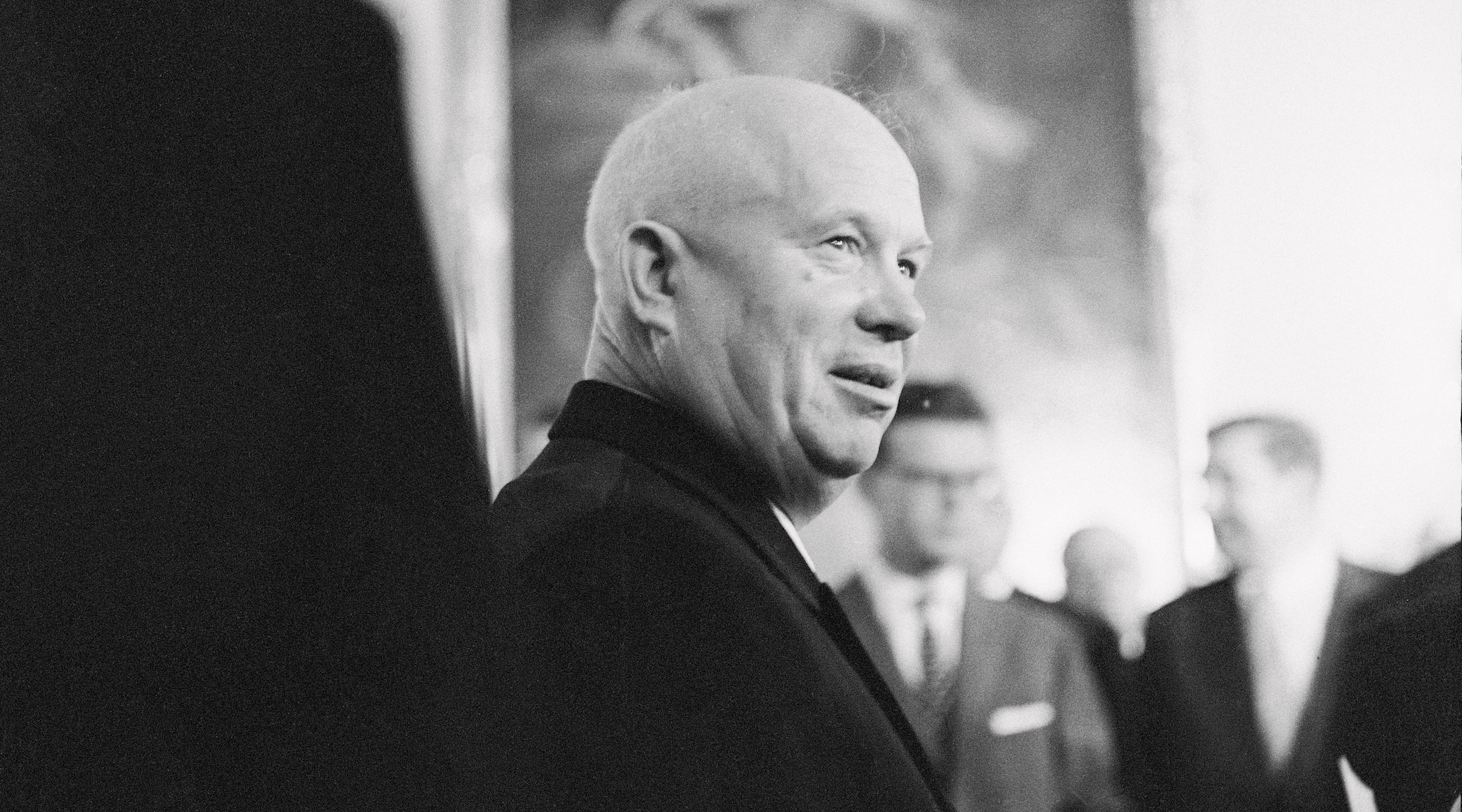 Smiling and evidently full of confidence. Mrs. Golda Meir, Israel’s Foreign Minister, arrived here today shortly before the opening of the 15th session of the United Nations General Assembly. She declined to make any comment about the current Assembly session.

As Mrs. Meir arrived at the corridor leading to the Assembly floor, the first delegation to greet her with evident heartiness was that of Ghana, led by that African republic’s Minister of Transport and Communications, Krobo Edusei, Many other representatives of African and Asian and European states surrounded Mrs, Meir to welcome her to the Assembly.

Prime Minister Khrushchev of the Soviet Union ignored the Israeli delegate on the floor of the General Assembly when, twice, he virtually brushed by Mrs. Meir who was sitting on the aisle seat as the head of Israel’s delegation.

After holding court at the desk of the Soviet delegation for nearly 30 minutes, shaking hands and greeting many delegates who came to welcome him, the Soviet Premier arose and walked down the left aisle of the Assembly auditorium, passing by Mrs. Meir and walking across the podium to the extreme right of the huge hall to Shake hands with Cuba’s Prime Minister Fidel Castro. Then Mr. Khrushchev retraced his steps, again ignoring the presence of the Israeli delegation as he passed by the Israelis to return to his seat.

Against the opposition of the Soviet and Arab blocs, Frederick Boland, Permanent Representative of Ireland, who has distinguished himself here in the last three years frequently as a friend of Israel, was today elected President of the General Assembly. The Soviet and Arab blocs backed for the presidency Jiri Nosek of Czechoslovakia. Mr. Boland received 46 votes to 25 for Mr. Nosek and nine for Thor Thorsen of Iceland.

Last night Israel strongly endorsed the action by Secretary General Dag Hammarskjold and his aides in the Congo. Michael S. Comay, chairman of the Israel delegation, taking the floor near the end of the three-day emergency session on the Congo issue, voiced high