Manchester’s Oldest Synagogue Being Converted into a Living Museum 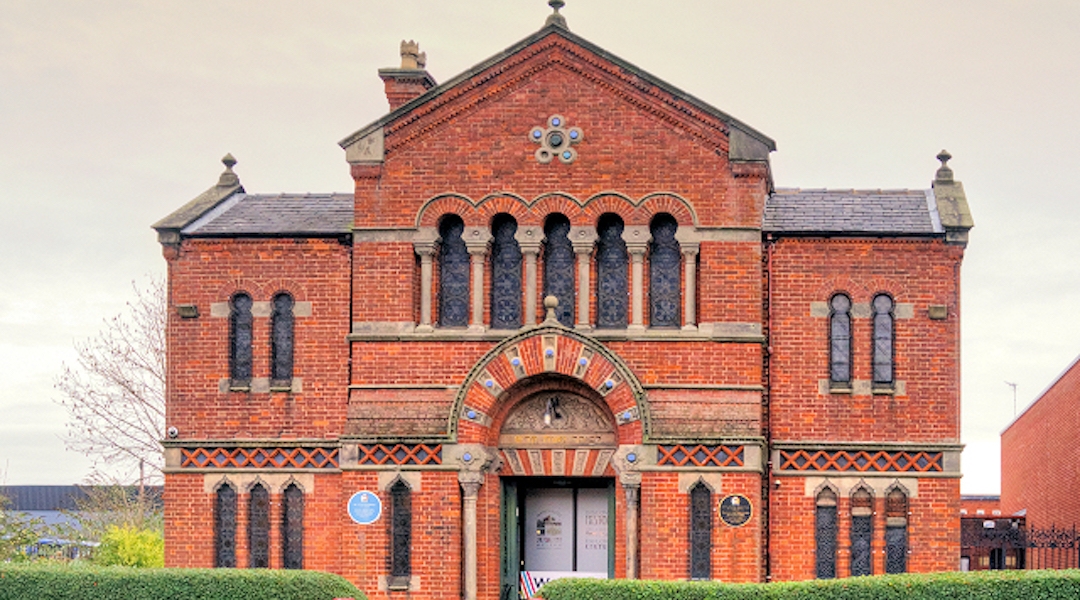 A view of the synagogue on Cheetham Hill Road in Manchester, England. (David Dixon/Wikimedia Commons)
See Original Daily Bulletin From This Date
Advertisement

Manchester’s oldest synagogue is being converted from a discontinued place of prayer into a living museum illustrating the history of Britain’s second largest Jewish community.

It is the Spanish and Portuguese synagogue, built in 1873 on Cheetham Hill Road, in the former heartland of Manchester Jewry. Most of the other old synagogues in the area have been knocked down or turned into factories, including the nearby Great Synagogue, once regarded as the community’s “Cathedral School,” but now a gaunt skeleton.

The Spanish and Portuguese Synagogue has been preserved for posterity thanks largely to the endeavors of Bill Williams, a non-Jewish historian who has devoted himself to chronicling the origins of Manchester’s Jews.

The opening of the museum on March 25 will mark the completion of the restoration and conversion of the building for its new use. Plans are also well advanced for the core exhibition, tracing the community’s growth and including a wide range of tapes, photographs and artifacts — the candlesticks or prayer shawls brought from Eastern Europe and the tailoring and water proofing tools used in the city’s garment trade.

HISTORY OF THE MANCHESTER JEWISH COMMUNITY

Manchester’s Jewish community dates back to the mid-eighteenth century when the first temporary synagogue was set up by itinerant peddlers for Sabbath services.

By the end of the century, a settled community had been established and the early nineteenth century saw its gradual growth with settlers drawn from other parts of England and from Germany and, later, Sephardic merchants attracted to Manchester from Egypt, Lebanon and Turkey, through their connection with the cotton trade.

It was for these Middle East Jews that the Spanish and Portuguese Synagogue was built by Edward Salomon, a distinguished Victorian architect.

Eventually, a permanent exhibition in the synagogue’s Ladies Gallery will document the community’s origins and the museum will also be equipped to mount visiting exhibitions.

The organizers have described the museum as the first of its kind outside London. In fact, it will be the most important Jewish museum in Britain, since the Jewish Museum in London consists of only a single room of artifacts in Adler House, the office of the Chief Rabbi.

Other large provincial communities, such as Birmingham, Liverpool and Glasgow, are believed to be keen on copying the Manchester initiative, bearing out the city’s old claim that “what Manchester does today the rest of the country does tomorrow.”

Manchester Jewry’s major contribution to the wider Jewish community is personified in its many distinguished sons, and in its strong Zionist atmosphere.

It was in Manchester, before and during World War I that Dr. Chaim Weizmann, then a university lecturer, established himself as the foremost Zionist activist of his day and formed many of the connections which led to the British government issuing the Balfour Declaration on November 2, 1917. All this and more will be reflected in the synagogue-museum about to open on Cheetham Hill.