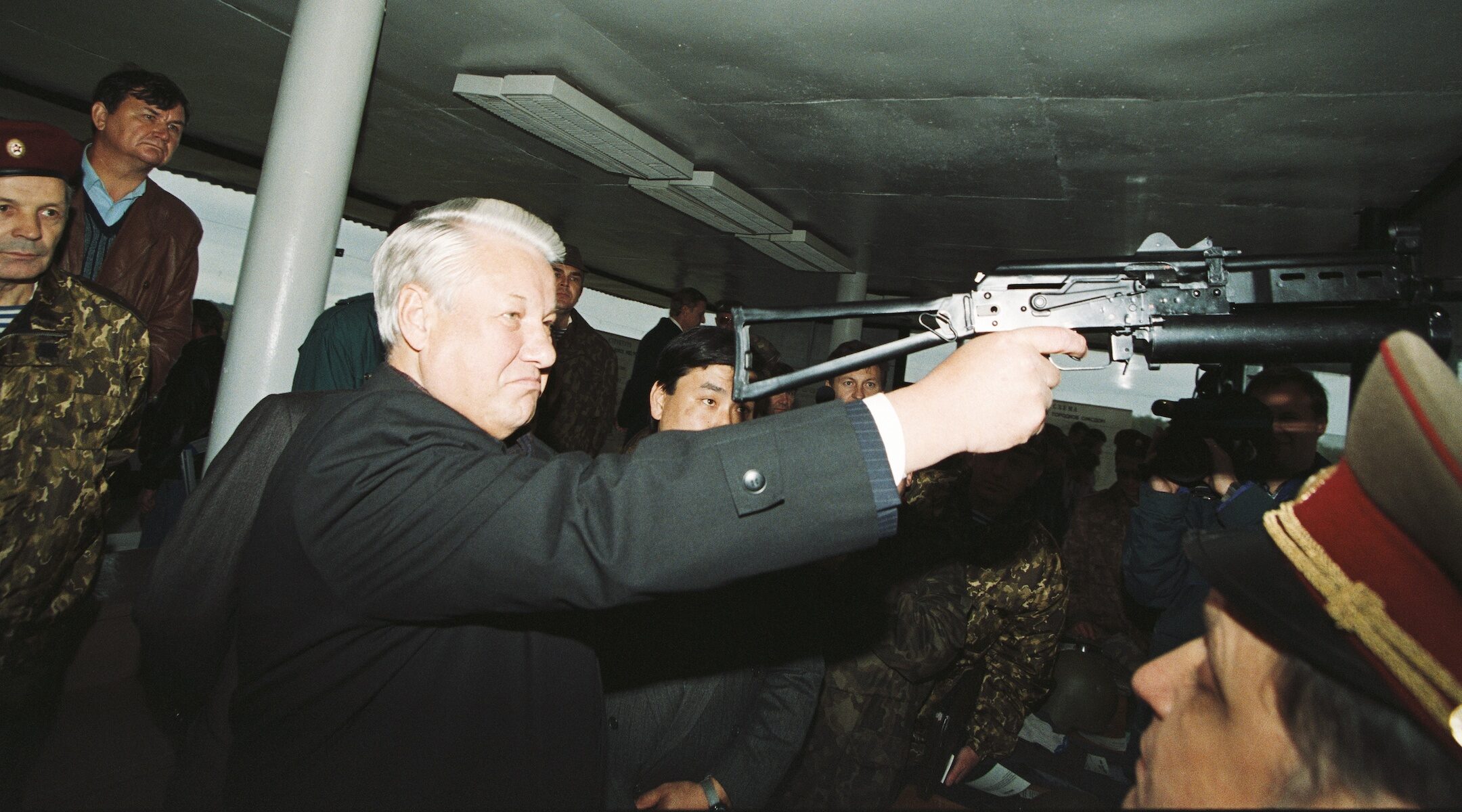 A visiting leader of Soviet Jewry has linked Boris Yeltsin, newly elected president of the Russian Soviet Republic, to the virulently anti-Semitic Pamyat and the “strong Palestinian lobby” in Moscow.

Evgeny Satanovsky, who belongs to the governing committee of the Va’ad, the umbrella body of Jewish organizations in the Soviet Union, described Yeltsin as the fulcrum of a dangerous alliance between Soviet anti-Semites and anti-Israel Palestinians.

Yeltsin is “no friend to the Jews,” Satanovsky said here Saturday, in addresses before two synagogue congregations in the Riverdale section of the Bronx.

As president of the largest and most populous of the Soviet republics, Yeltsin is widely perceived to be Soviet President Mikhail Gorbachev’s most dangerous political rival.

Satanovsky maintained that Yeltsin “has some contacts with Pamyat,” and his relationship with the group will become stronger if “he decides that Pamyat is a strong force.”

His opinion was seconded by Soviet Jewry leaders here.

Myrna Shinbaum, director of the Soviet Jewry Project of the Anti-Defamation League of B’nai B’rith and a past director of the National Conference on Soviet Jewry, verified that Yeltsin had given permission to demonstrate and had met with Pamyat when he was head of the Moscow Communist Party.

“There is no question that Yeltsin knew who Pamyat was and that he participated in their public meeting,” she said.

“We are concerned about Mr. Yeltsin’s commitment to the rights and freedom of Soviet Jews. We question whether he will support the right of emigration,” she said.

According to Satanovsky, Pamyat has become close to the Palestine Liberation Organization, and its members are often guests at the elaborate PLO “embassy” in Moscow.

“The Jews have no such place,” Satanovsky observed.

He recalled that Palestinians were present at the menacingly anti-Semitic Pamyat demonstration during the founding meeting of the Va’ad last December.

Satanovsky spoke of a “strong Palestinian lobby in Moscow, which pushes and pulls our government.”

Satanovsky also severely faulted the emigration law that the U.S. Congress insists the Soviet parliament must enact before it will grant most-favored-nation status.

He said a lawyers’ group within the Va’ad, which has studied the draft legislation, believes it will enable employment supervisors more easily than ever to sign papers hindering the emigration of Jews on the basis of being privy to state security.