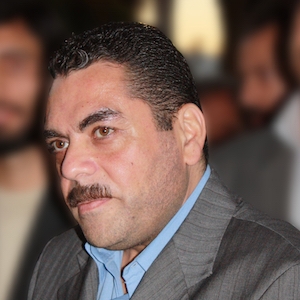 Israel’s Cabinet approved this week by the slimmest of margins the government’s prisoner-swap deal with Hezbollah, but Israelis remained split over whether the move ultimately would bolster their security.

On the one hand, Sunday’s decision to trade 400 Arab prisoners being held by Israel for an Israeli businessman, Elhanan Tannenbaum, and the bodies of three soldiers held by Hezbollah since 2000, meant that the Jewish state was willing to go to great lengths to secure the return of its kidnapped citizens.

On the other hand, many feared the exchange would increase the prestige of Hezbollah, the Lebanon-based and Iran-supported Islamic fundamentalist group, and give Arabs and Muslims greater incentive to kidnap Israelis.

Some Israelis also criticized the agreement for not dealing with missing Israeli airman Ron Arad, who disappeared after bailing out of his fighter jet over Lebanon in 1986 and whose fate remains unknown. Two of the Arab prisoners slated for return to Lebanon were captured by Israel as bargaining chips for information on Arad.

In a 12-11 vote, the Cabinet in principle approved the deal, which was developed through secret negotiations by representatives of Israeli Prime Minister Ariel Sharon, with German mediation.

Opening the eight-hour Sunday Cabinet session, Sharon dismissed the disrepute that has grown surrounding Tannenbaum — who reportedly was abducted after being lured to Abu Dhabi, in the United Arab Emirates, in the hope of making a shadowy business deal — and appealed to his ministers’ human benevolence.

The alternative to the exchange, Sharon said, according to Cabinet sources, would be “leaving a Jew, an Israeli citizen, in the hands of Hezbollah, thereby bringing about his death.”

But critics countered that the release of the two Lebanese warlords Israel has held as bargaining chips for Arad’s return — Hezbollah leader Sheik Abdul Karim Obeid and Shi’ite activist Mustafa Dirani — meant that the government was forsaking an Israeli soldier in the field.

“Today marks the beginning of Ron’s funeral procession,” Arad’s wife, Tami, told Israel Radio. “But it will not end today,” she said. “As far as I am concerned, it will continue for another 17 years.”

A Cabinet statement said Sharon and Defense Minister Shaul Mofaz reserved the right to suspend or even rescind the prisoner exchange based on the outcome of the probe.

Given that the exchange could take place as early as Thursday, according to some reports, the statement could prove to be little more than a rhetorical flourish.

The three Israeli soldiers slated for release, Benny Avraham, Adi Avitan and Omar Souad, were kidnapped along Israel’s northern border in October 2000, shortly after the launching of the Palestinian intifada and several months after Israel’s withdrawal from south Lebanon. All three are believed to have been killed during their abduction or shortly thereafter.

Meanwhile, Hezbollah, which has been building prestige as an Arab power since its guerrilla attacks helped end Israel’s 18-year occupation of southern Lebanon in 2000, placed its own last-minute obstacles on the deal.

Hezbollah leader Sheik Hassan Nasrallah told the Lebanese daily A-Sapir last week that the group was demanding the release of all Lebanese citizens from Israeli prisons. That would include Samir Kuntar, one of two terrorists who orchestrated a brutal attack on an Israeli family in the northern Israeli town of Nahariya in 1979.

Israel, for its part, says it will not release prisoners with “blood on their hands” — meaning those directly involved in killings.

That condition reportedly clinched the support of leading Cabinet members for the prisoner-exchange deal, including Finance Minister Benjamin Netanyahu.

Construction and Housing Minister Effi Eitam, who led opposition to the deal, was unmoved by those guarantees.

“Hezbollah is an evil group, and this will only encourage more kidnap terrorism,” he told the JTA after the vote.