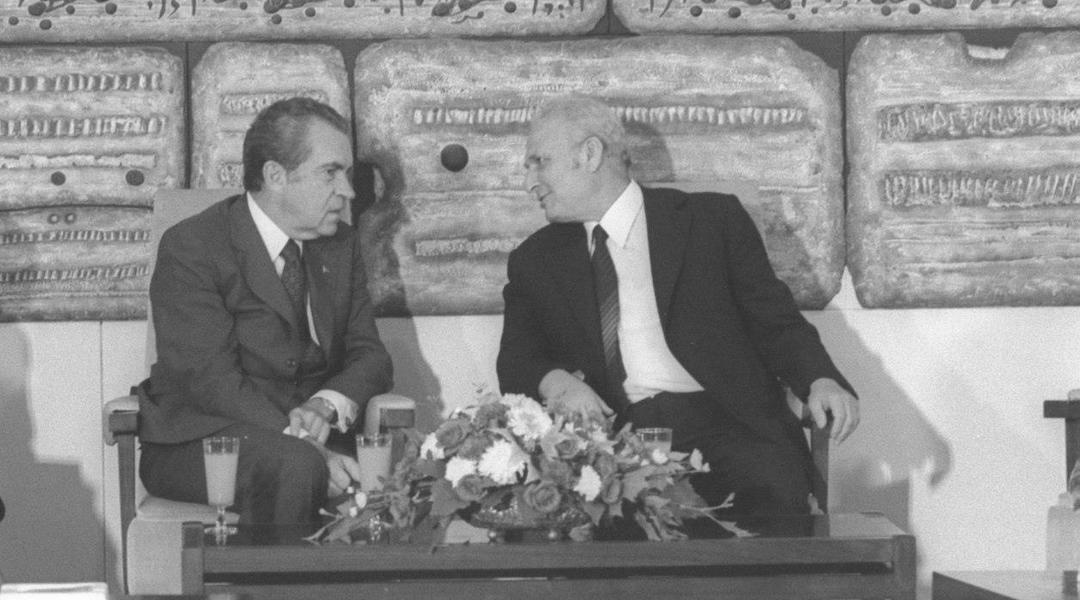 A tiny piece of moon rock brought back by the final Apollo mission and a small Israeli flag which the American astronauts carried to and from the moon were presented to President Ephraim Katzir yesterday as a gift from President Nixon. The presentation was made by the U.S. Charge d’affaires Owen Zurhellen at the President’s residence here.

Zurhellen conveyed Nixon’s request that the moon fragment be displayed at an Israeli museum. Katzir said such an exhibition was under consideration. The Israeli President, who is a scientist, described the moon rock as “a symbol of American scientific genius and achievement.” He said he did not know of any accepted formula for expressing thanks “for receipt of a piece of the moon,” adding, “It’s quite an extraordinary gift.”

Zurhellen took the occasion to invite Katzir to visit the U.S. in 1976 to participate in the bicentennial celebrations. Katzir noted that both the U.S. and Israel had won their independence from the same country–Britain.