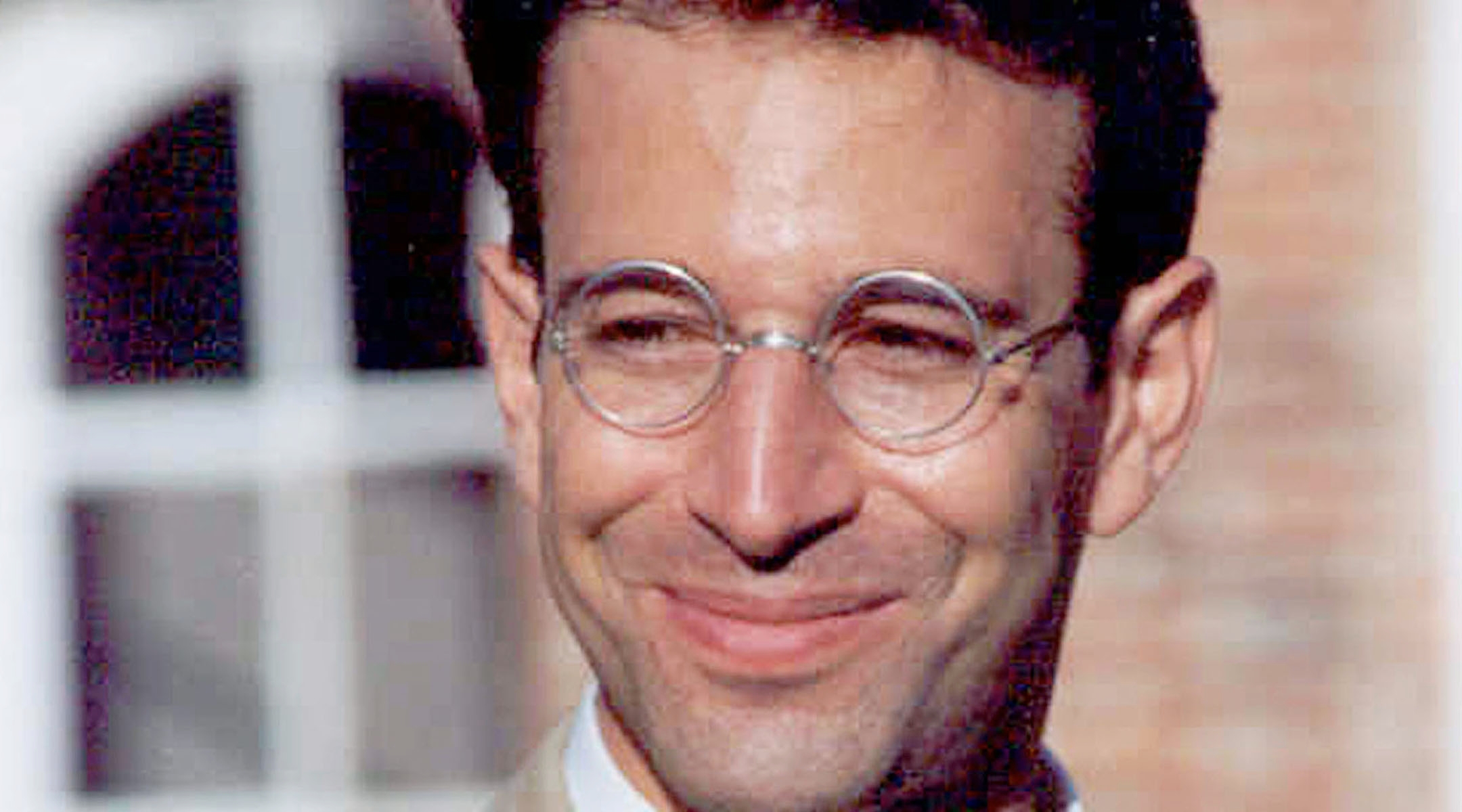 Until the very last moment, the family of murdered journalist Daniel Pearl never lost hope that he would be released by his Pakistani kidnappers and return safely.

Dr. Judea Pearl, and his wife, Ruth, said in a statement that they simply could not believe that anyone could harm a son they described as “such a gentle soul” and as “the musician, the writer, the storyteller, the bridge builder.”

Elsewhere in their statement, Pearl’s parents and his sisters, Tamara and Michelle, remembered their son and brother as a “walking sunshine of truth, humor, friendship and compassion.”

The family’s unflagging hope was best illustrated in an e-mail message the father sent to members of a local Israeli choir on Feb. 21, only a few hours before the U.S. State Department confirmed the brutal slaying of the Wall Street Journal reporter.

After nearly a month of torturous waiting, Judea Pearl told fellow musicians of the LA-Shir choir, which he had founded, that “We have learned to cope with the ups and downs of the situation . . . We are confident that he will return to us and fairly soon. When that happens, we will all celebrate his homecoming event with Handel’s ‘Hallelujah.’ ”

The family’s grief has been shared by a circle of Daniel Pearl’s close friends, many of whom date their friendship back to shared school days in the Los Angeles area.

One old friend recalls participating in a Passover seder at the Pearl home, but apparently the family was not religiously observant.

“The Pearls are not affiliated with a synagogue, but they are deeply attached to their heritage and very cognizant of who they are,” said Gary Foster, the family spokesman.

Israeli newspapers reported that Daniel Pearl had celebrated his Bar Mitzvah at the Western Wall.

A San Fernando Valley rabbi who is also a practicing psychologist has been counseling the Pearl family during the past few weeks. A private memorial service at the family home in Encino is planned for the latter part of this week.

Some of Daniel Pearl’s closest friends were fellow backpackers between 1978-1981 in the Explorer Post, a co-ed affiliate of the Boy Scouts of America.

One was Rachel Knopoff, now a Manhattan Beach, Calif., physician, who remembers Pearl as “the greatest guy I have ever known. I had a huge crush on him, and so probably did most of the girls in the troop. He was the funniest, smartest, nicest guy I ever met.”

Attorney John Liebman served as adviser to the Explorer Post.

“They were an extraordinary, highly motivated group of kids,” says Liebman, who recalls Pearl as “obviously highly intelligent, with a fine sense of humor and easy to get along with.”

At Birmingham High in Van Nuys, Calif., whose current student body observed a minute of silence in honor of their slain alumnus, Pearl “was the teen-ager everyone wanted to be,” observed the Los Angeles Daily News.

“He was the smart, funny kid who was a cultural counterpoint to the mall-hopping, materialistic ‘Valley Girl’ world of the 1970s and early 1980s.”

Pearl grew up in a family that nourished the intellectual and musical talents he was to display later on.

After graduating from the Technion — Israel Institute of Technology in Haifa, Judea Pearl and his wife Ruth, an electrical engineer, moved to Princeton, N.J., for graduate studies and to work at a local research center. Their son was born there in 1963.

In 1970, Judea Pearl joined the computer science faculty at UCLA, and in the following decades he earned a reputation as a leading researcher in the field of artificial intelligence.

He was elected to the elite National Academy of Engineering in 1995 “for developing the foundation for reasoning under uncertainty,” and earlier spent a sabbatical year at the Weizmann Institute of Science in Israel.

Just before his son’s abduction, Judea Pearl was notified of a $10,000 award from the London School of Economics for a recent book on his path-breaking studies.

During the month following Pearl’s kidnapping, there was deep concern that publication of his family’s Israeli roots would further endanger his life.

Foster, the spokesman, and other representatives of Dow Jones, the Wall Street Journal’s parent company, worked intensively behind the scenes in New York, Los Angeles and overseas to alert news organizations to the danger inherent in publishing the names of Pearl’s parents, or their background.

“We were particularly anxious that networks reaching large international audiences, such as CNN and BBC, would not break the news,” Foster says.

In a remarkable display of professional restraint and solidarity, all media complied with the strictures.

Since the death announcement, major newspapers have reported, without elucidation, that the Pearl parents have remained Israeli citizens. The reality is a bit more complex.

Since Israeli citizenship can be lost only through a formal renunciation, almost all Israelis who move permanently to a different country automatically retain their original citizenship, even while assuming the citizenship of their new country.

Therefore, Judea and Ruth Pearl carry dual United States and Israeli citizenship, while their son, born in the United States, is solely an American citizen.

However, due to some bureaucratic quirk, Israel’s Interior Ministry lists Daniel Pearl as an Israeli citizen, according to the Israeli daily Ha’aretz. The paper reports that Judea Pearl has chided the Israeli media for reporting this information, fearing that it might adversely affect the investigation by Pakistani officials and the return of Pearl’s body.