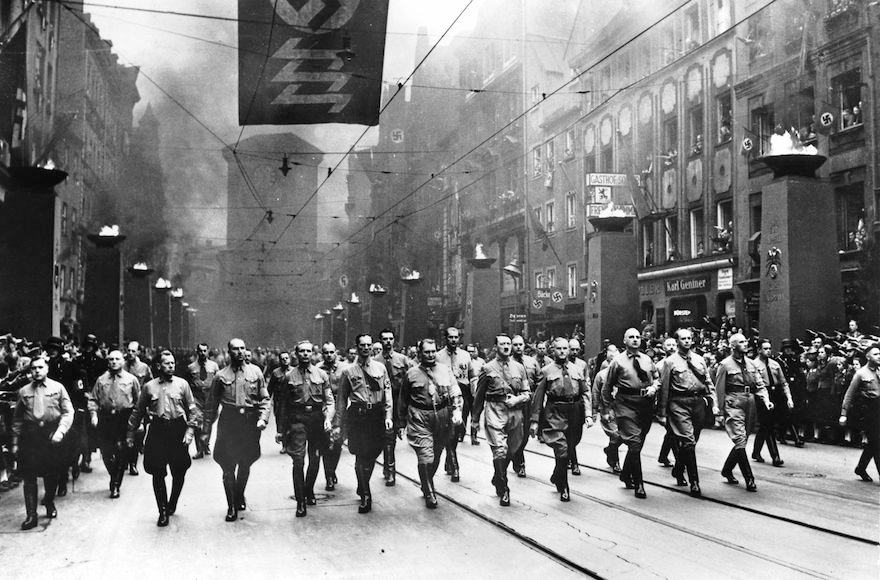 Berlin advices reaching here via Amsterdam said today that anti-Jewish violence has broken out in many parts of Germany as a result of the attempted assassination of Chancellor Adolf Hitler at Munich on Wednesday.

Nazi bands shouting “British Agents!” were reported to be pillaging and demolishing Jewish homes throughout the Reich. Thousands of houses were said to have been raided by the Nazis.

At the same time, more than 4,000 Jews and 8,000 Catholic Socialists and Monarchists were reported to have been arrested since yesterday in connection with the blast.

According to the same sources, the atmosphere is worse than it was a year ago today when the full Nazi fury burst upon the German Jews in retaliation for the assassination in Paris of a German Embassy official, Ernst vom Rath, by a young Polish Jew.

The entire Jewish population was said to be in dread of commitment to concentration camps, a measure which Gestapo officials have stated would prevent future assassination attempts.