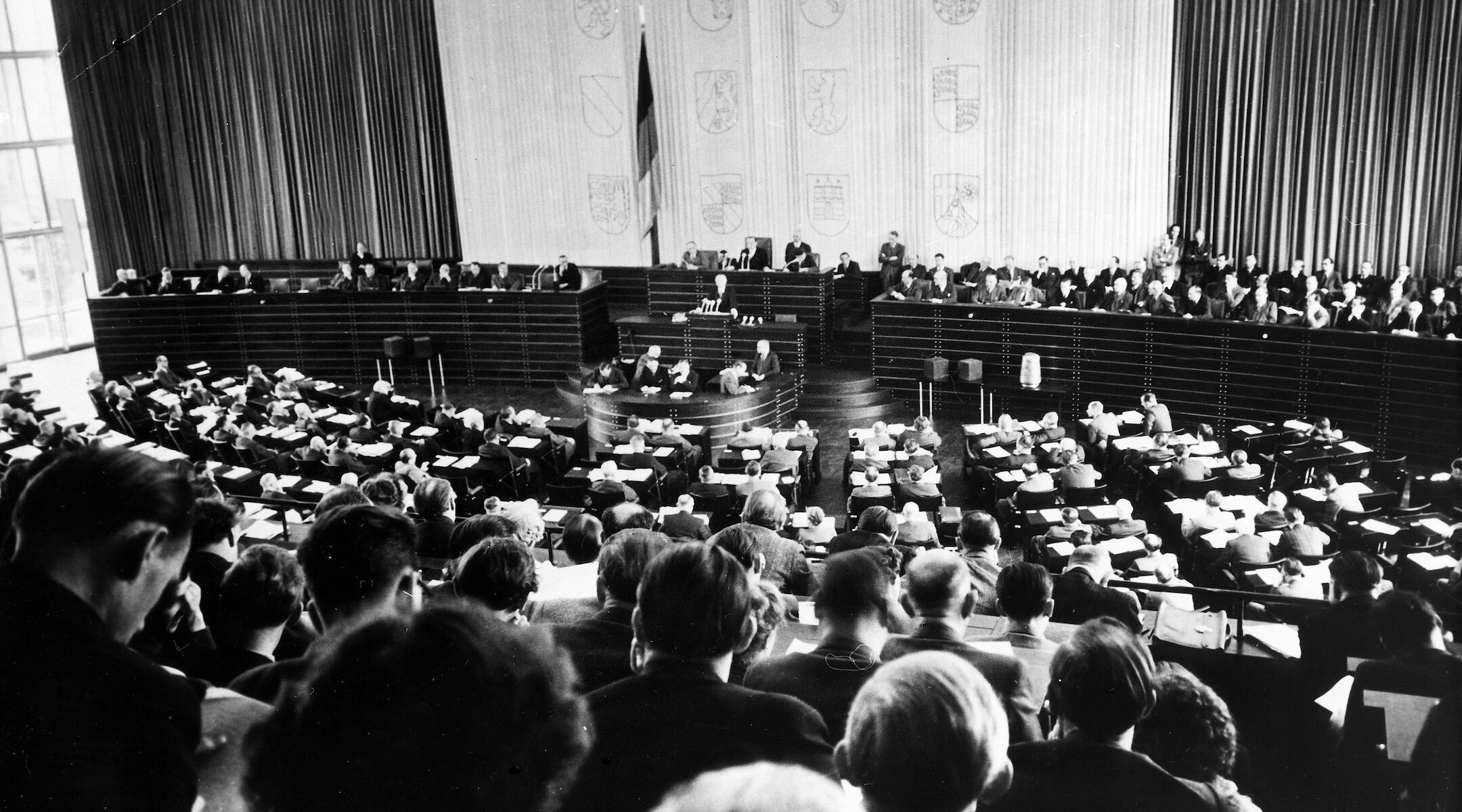 A view of Germany's Bundestag in 1950. (ullstein bild via Getty Images)
See Original Daily Bulletin From This Date
Advertisement

Three Jewish members of the outgoing Bundestag (Lower House) were re-elected yesterday in West Germany’s national elections to seats in the new Parliament. All three are Social Democrats. Jakob Altmeier was re-elected from Hanau, near Frankfurt, Peter Blochstein was re-elected from Hamburg and Jeanette Wolff was named by the Berlin City Assembly as one of Berlin’s delegates to the Bundestag.

While the total strength of the rightist parties remained at about 20 percent, the two unregenerately and most avowedly neo-Nazi groups in the running, the German Reich Party and the Nationalist Rally, together received only 1.5 percent of the votes. They were not represented on about half the State tickets, however.

Dr. Franz Boehm, who headed the German delegation in the reparations negotiations with Israel, won a surprise victory in a formerly Social Democratic stronghold in Frankfurt. He told the JTA that the citizens of Frankfurt, by electing him, had supported those things he stood for in German life – his role in the negotiations, his leadership of the Frankfurt Society for Christian-Jewish Cooperation, and his fight against showing in Frankfurt of films by the anti-Semitic producer Veit Harlan.

He said that he would fight in the Bundestag to awaken the German conscience to the German responsibility to the Jewish people, to combat anti-Semitism, to press for amendment of the compensation law for Nazi victims and to implement a program against anti-Jewish prejudice and discrimination.

(In Washington, a State Department spokesman hailed the German election results as “the clear repudiation of all anti-democratic extremist groups, both of the Right and of the Left.”)