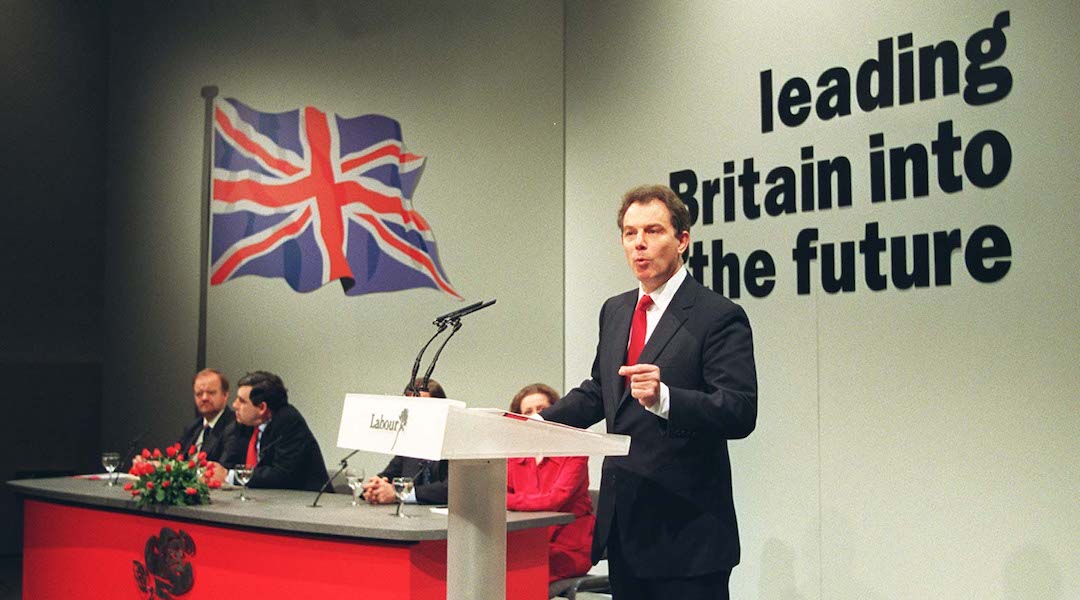 LONDON, May 4 (JTA) — As 18 years of Conservative rule in Britain are swept away in a tidal wave of anger, discontent and frustration, Anglo-Jewry is waking up to the fact that the new Labor-led government will be the first in a generation to be without any recognizable members of the community.

In addition, some of the community’s better known political supporters — both Jewish and non-Jewish — are among the more than 170 Conservative parliamentarians who lost their seats in the May 1 elections that brought Prime Minister Tony Blair to power.

But Britain’s youthful new premier can be expected to be sympathetic to the needs of the country’s Jewish population. A devout Christian and Britain’s youngest prime minister since 1812, the 44-year-old Blair has close links with the Jewish community and sees Judaism’s values and morals as mirroring his own.

Some of his biggest backers in the run-up to his landslide victory last week were prominent members of the Jewish community. In addition, when they were young lawyers, Blair and his wife, Cherie, shared offices with Eldred Tabatchnik, who is currently the president of the Board of Deputies of British Jews, the community’s national lay leadership organization. The three have remained close friends ever since.

The new Labor government is expected to take a tough line on racism. When it was in the opposition, the party had initiated legislation to make Holocaust denial illegal, in line with the policies of other western European countries. Labor is also likely to support moves to tighten up legislation on the publication of racist and anti-Semitic literature.

Regarding the Middle East, there are likely to be few changes in Britain’s stance, especially since the country is already thought to be among the friendliest in Europe toward Israel. There will be few, if any, specific policy changes because these are governed both by the civil servants at the Foreign Office — once referred to as the “Camel Corps” because of a perceived pro-Arab bias — and by the joint policies of the European Union, with which Britain is now expected to have closer ties.

Robin Cook, the foreign secretary in the new Blair government, has been at pains to stress that there is little difference between the Labor Party and the Conservatives on Middle East policy. Issues affecting the Middle East “shouldn’t be a political football” between Britain’s two main parties, he said. Cook, who is from Scotland, will play a key role in Britain’s negotiations for a new treaty among the 15 members of the European Union that is slated to be finalized next month.

Perhaps the most high-profile Jewish politician to lose in last week’s Labor landslide was Malcolm Rifkind, the foreign secretary of the outgoing Tory government. He was once considered a candidate to take over the leadership of the Conservative Party. Labor’s Greville Janner, a veteran campaigner on behalf of the Jewish community, also will be missing from the incoming Parliament.

Janner, a member of the World Jewish Congress, decided not to run for another term. Also gone is Conservative John Marshall, who represented a district in northwest London that has a large Jewish constituency. Although not Jewish, Marshall was well liked by the community and spearheaded some parliamentary campaigns on its behalf, including a call for anti-racist legislation.

Of the 659 seats in the House of Commons, Labor won 419, giving it 179 more seats than all the other parties combined. The Conservatives won only 165 seats, suffering their heaviest defeat since 1832 and ending their 18 years in power that began with Margaret Thatcher’s 1979 victory.

After losing last week, former Prime Minister John Major relinquished leadership of the Conservatives. There are now several contenders for the unenviable job of reviving the badly bruised party. Although Britain has no sizable “Jewish vote,” some of Britain’s 659 constituencies have a Jewish population that presumably swung to Labor — like most of the general populace.

During the election campaign, the “Holy Grail” of Jewish votes, as one political analyst put it, was courted because of its “perceived influence,” not for its numbers. British Jewry totals around 300,000, the vast majority of whom live in and around London.

“The community is small, but it is disproportionately influential in business, the professions and sciences,” the analyst said.