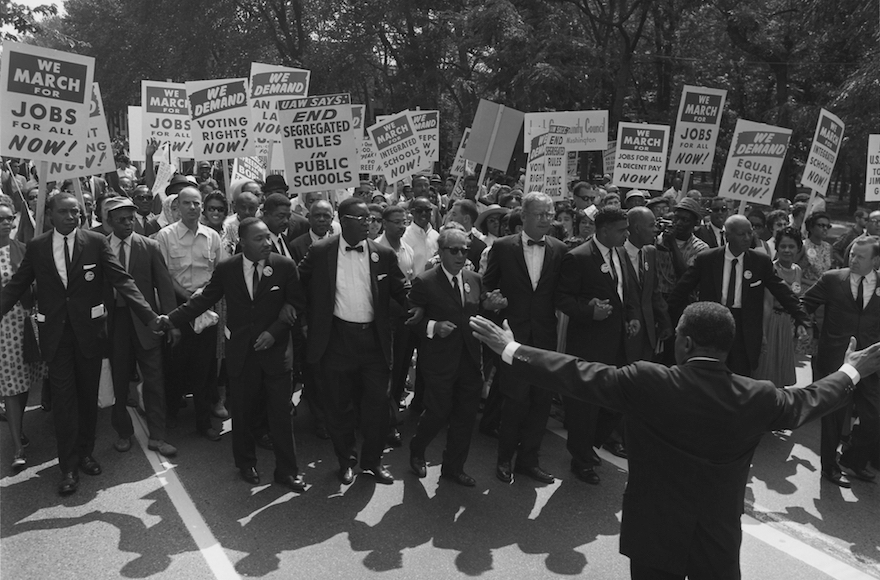 Nine rabbis were among the 70 religious leaders from cities in the North and Midwest, who were arrested here yesterday when they participated in an anti-segregation protest at City Hall. The rabbis, who were lodged in the county Jail last night, took part in the demonstration with readings from the Book of Psalms.

After the rabbis had been booked, a policeman emerged from the jail wearing a false beard and a skullcap that belonged to one of them, and paraded through the first floor offices of the City Hall.