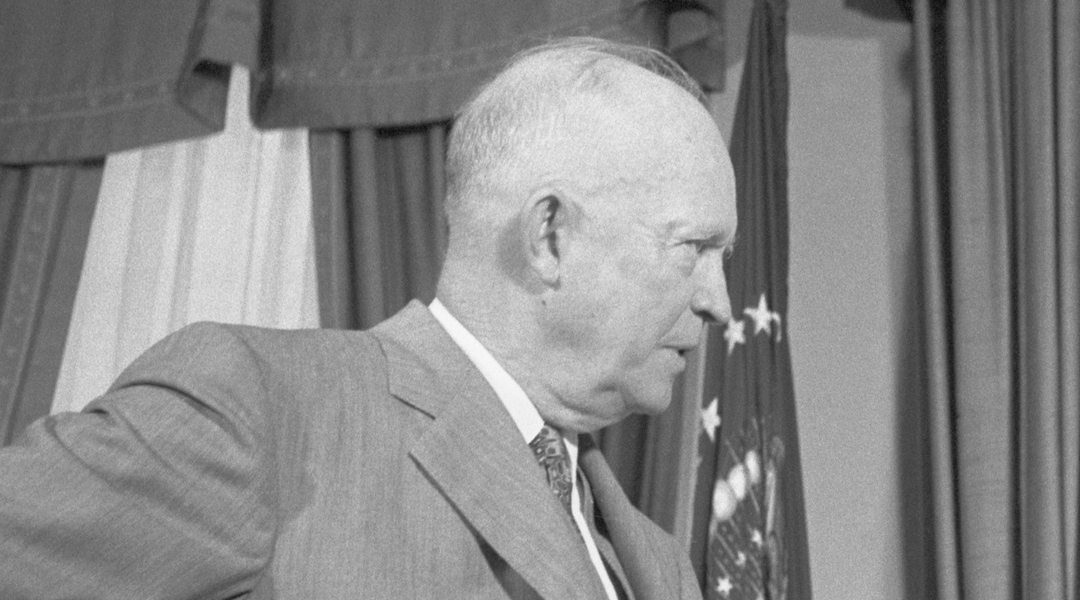 President Eisenhower today expressed grave concern over the bombing early this morning of the Temple of the Hebrew Benevolent Congregation of this city, a Reform congregation about 90 years old.

The expression of concern was voiced in the President’s behalf by James Hagerty, White House press secretary, who also announced that the FBI will cooperate with the local authorities investigating the outrage.

Shortly after the blast, which occurred about 4 A.M., an anonymous caller telephoned a news association in this city and said: “This is Captain in Gordon of the Confederate Underground. This is the last time we will bomb a vacant building. More (explosions) are coming.

No one was injured. Several hundred children and their teachers were scheduled to enter the building for Sunday School classes at 9 A. M. Sunday School classes were cancelled today. In this case and in the bombing of the Clinton, Tenn., High School at about 3:30 A.M. last Sunday morning, the timing was evidently chosen to insure vacant buildings. This timing raised the question whether, despite the threat of “Captain Gordon,” there would be another bombing next Sunday morning.

Damage, termed “massive” by one expert sifting the wreckage for evidence, was the worst suffered by any school or synagogue in the South since violence erupted last Spring. The charges, estimated at 40 to 60 sticks of dynamite, blew down the back of the Temple. It demolished windows and ceilings and tore apart walls. Damage was estimated at $200,000

The blast was felt for a considerable distance. Windows in the front of the Temple were shattered, as were windows in an insurance company 600 yards away and in a Jewish center five minutes walk distant.

Police and fire officials, who combed the scene of the dynamiting for hours, were convinced that the planting of the charges were the work of an expert, possibly someone who had been trained in military demolition. An official report of the incident was not ready late today as the authorities attempted to evaluate the evidence they had acquired. No arrests have been made yet.

Gov. Marvin Griffin, in an early reaction, called the bombing part of an attempt to discredit the South. He demanded that the culprits be ferreted out.

Rabbi Jacob Rothschild, spiritual leader, and William B. Schwartz, Jr., president, respectively, of the Temple, expressed shock and horror at the deed, called it the work of Godless men and expressed their certainty that the entire community would join them in rejection of these violent and lawless deeds. They also expressed confidence that the police and local officials were doing everything possible to apprehend the dynamiters.

The Jewish community reaction today was that the bombing was not an attack on Jews alone, but on law and order and the democratic values of the entire community.