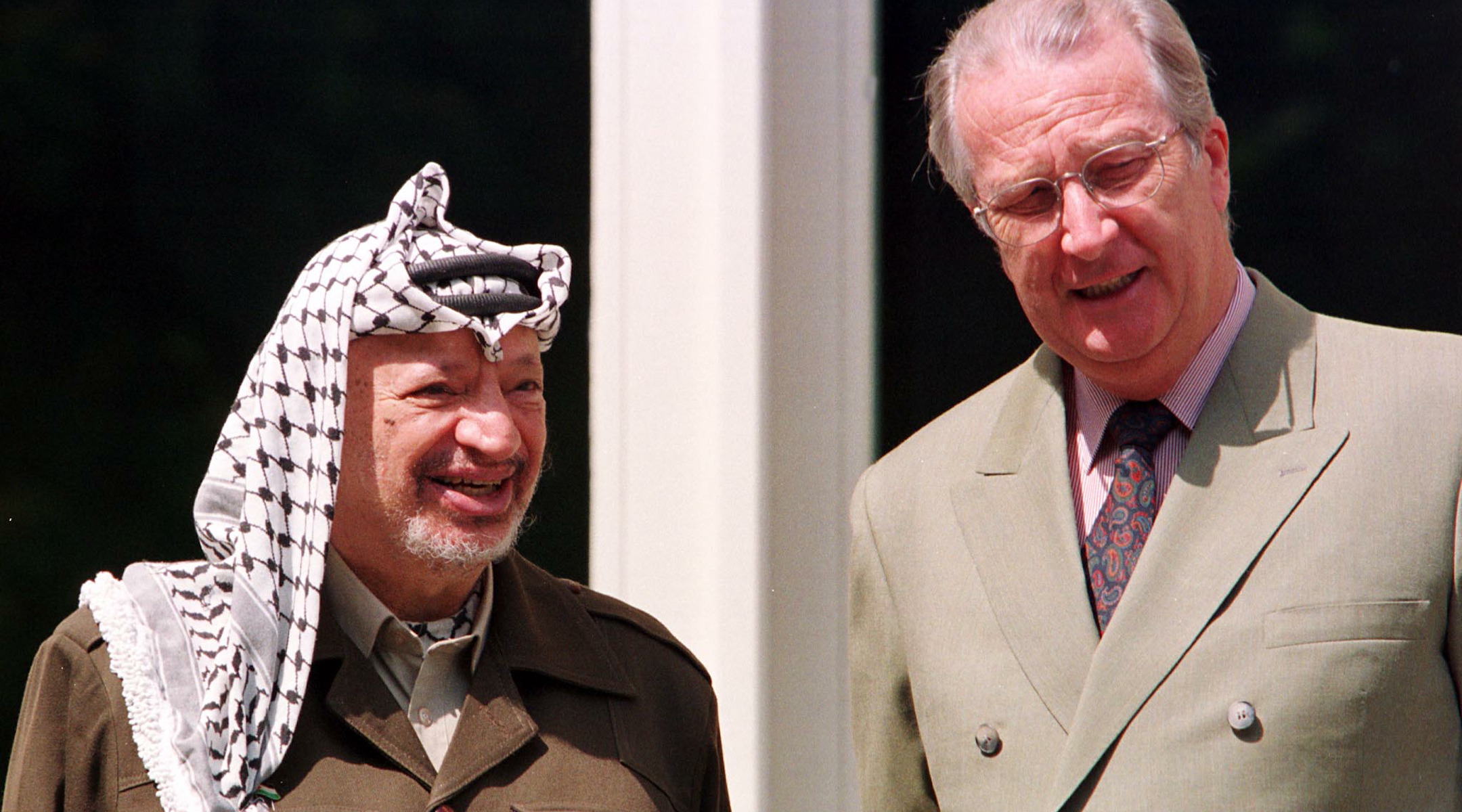 The Palestinian Authority is willing to grant Israel blocs of Jewish settlements in the West Bank, an Israeli newspaper reported.

Citing Palestinian sources, Ha’aretz on Wednesday laid out the main principles of a final peace accord that Palestinian Authority President Yasser Arafat presented to President Clinton last week in Washington.

In addition to Jewish settlements, the plan addressed the main issues of borders, Jerusalem and Palestinian refugees.

Israeli and Palestinian officials have already discussed many of the ideas during informal discussions, but this was the first time that the Palestinians made their proposals at such a high political level, the paper said.

During his visit to Washington, Arafat also reportedly called on U.S. officials to create a draft of a final Israeli-Palestinian peace accord. His request came after the United States created such a draft for the Israeli-Syrian talks.

After the report’s publication, Palestinian officials denied its contents but U.S. sources said it contained some truth.

According to Ha’aretz, Arafat’s proposals include:

Borders. The Palestinian Authority is seeking an independent state in the West Bank and Gaza Strip, created roughly along the boundaries that existed prior to the 1967 Six-Day War. At the same time, the Palestinians are willing to accept Israel’s annexation of large blocs of Jewish settlements located near the 1967 border in exchange for other West Bank lands.

Jerusalem. The plan provides for shared municipal administration of the city, which would be determined by the demographics of its various quarters.

Refugees. Israel would recognize in principle the right of millions of Palestinian refugees to return, without necessarily backing its implementation. An international mechanism will be created to provide compensation to those refugees who forgo their right to return.

According to the paper, Arafat stressed to Clinton that the proposals depend upon Israel’s flexibility in the negotiations. The paper said Arafat asked Clinton to try to soften Israeli Prime Minister Ehud Barak’s positions.

Barak has promised to accelerate negotiations with the Palestinians in order to reach a final peace accord.

Officials from both sides have acknowledged that it seems unlikely they will meet a mid-February deadline for concluding an agreement on the broad principles of such an accord.