Some Arab American Groups Issue Call for Boycott of Everything Disney 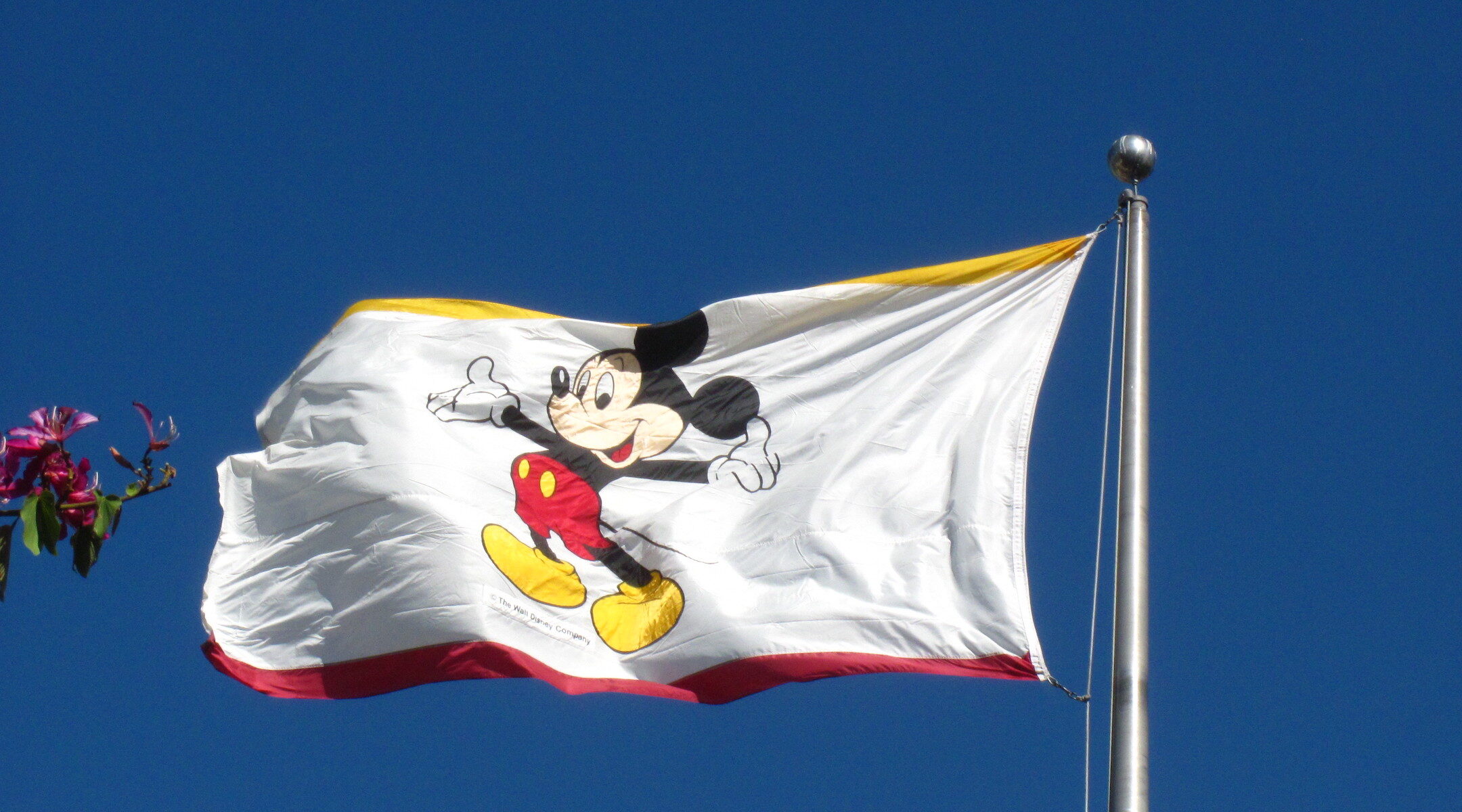 Arab American and American Muslim groups, objecting to the portrayal of Jerusalem in a special upcoming exhibit at Disney World, are calling for a boycott against the Walt Disney Company.

Referring to plans for the Israeli pavilion at the planned “Millennium Village” as “propaganda disguised as entertainment,” American Muslims for Jerusalem, which represents a dozen organizations, is calling for the boycott against Disney and Disney-held companies including Miramax Films, ESPN, What Disney and Buena Vista brands.

“Disney has failed to seriously address” concerns about the exhibit “that portrays Jerusalem as Israel’s capital,” the group says, adding that it will “use every legal means available to conduct this boycott.”

The boycott is the latest development in an ongoing controversy surrounding Israel’s contribution to the Millennium Village in Disney’s EPCOT Center, which is scheduled to open to the public on Oct. 1.

Pressure from Arab groups to preview the exhibit resulted in a meeting last Friday between Disney World representatives and a committee convened by the Arab League.

The American groups’ call for a boycott comes as Arab foreign ministers are planning to meet Friday to discuss possible actions against the international entertainment company.

It also is reminiscent, say some Jewish officials, of the days of an Arab boycott against Israel.

At least one Arab American group, however, is advising ongoing discussion rather than economic action.

The Arab American Anti-Discrimination Committee, which took part in the meeting with Disney, is pursuing dialogue, not confrontation, said Hussein Ibish, director of communications for the Washington-based organization.

“No decisions have been taken” regarding the exhibit, Ibish told JTA.

“Disney has agreed not to call Jerusalem the capital of Israel. They have also said they are not going to change the exhibit, but there are plenty of things to be done to ameliorate the project,” he said, such as issuing a disclaimer or creating a Palestine pavilion in the future.

“Our main objection is representing East Jerusalem as part of Israel,” he said.

The final-status talks currently underway between Israel and the Palestinians are expected to resolve the issue of the city.

Israel claims the city as its “undivided, eternal capital.” The Palestinians want a future Palestinian state to have as its capital eastern Jerusalem.

Israel’s Foreign Ministry, which is sponsoring the exhibit, says it shows the centrality of the holy city to Muslims, Christians and Jews.

But, says a Foreign Ministry statement, “there is no doubt that Israel is the capital of Israel” and “the position of Jerusalem as the key component to the Israeli pavilion at EPCOT speaks for itself without a clearer or stronger statement being necessary.”

Israeli Prime Minister Ehud Barak said Friday that while Israel views seriously the threat of an Arab boycott, “attempts to damage the status of Israel and Jerusalem as its united capital have failed in the past and will fail in the future.”

Israel’s Foreign Ministry contributed $1.8 million to the pavilion, which cost a reported $8 million, and worked with Disney to develop its content.

Other countries participating in the millennial project include Brazil, Scotland, Eritrea, Sweden, Saudi Arabia and Morocco.

For its part, Disney is reiterating its position that as an entertainment company it is apolitical.

Disney maintains the exhibit will not portray Jerusalem as Israel’s capital, and says in a statement that it “tells the story of the role the city of Jerusalem has played throughout history.”

Arab leaders in the United States and abroad have been considering how to respond to the exhibit since details about its content made the news in August.

In early September, the United Arab Emirates threatened a boycott against Disney, but held off, pending a decision of the Arab League.

At its meeting Sept. 12 and 13, the 22-member Arab League passed a resolution to form a committee to examine the exhibit and pledged to take “necessary and appropriate action” if Disney’s presentation portrayed Jerusalem as Israel’s capital.

Arab foreign ministers are expected to meet Friday in New York to discuss possible action against Disney. Arab League Secretary-General Esmat Abdel- Meguid, who is in New York for this week’s opening of the U.N. General Assembly, reportedly will chair the meeting.

Alwaleed reportedly had received assurances from Disney that in the Millennium Village, Jerusalem would not be portrayed as Israel’s capital.

According to Khalid Abdalla, the Arab League’s chief representative in Washington, his delegation saw a small replica of the exhibit, which has as its centerpiece a simulated tour of Jerusalem.

He said Friday that the delegation submitted its objections to Disney following those discussions and are awaiting Disney’s response.

But that response was insufficient, according to some American Muslim and Arab American groups.

Khalid Turaani, the executive director of American Muslims for Jerusalem, said the exhibit’s presentation will leave visitors with “one impression only and that is that Jerusalem is the capital of Israel.”

His organization led a campaign last month to boycott Burger King until the fast-food chain withdrew its license from an Israeli franchise operating in the West Bank town of Ma’aleh Adumim.

Khalil Jahshan, the president of the National Association of Arab Americans, told reporters Tuesday while visiting the West Bank city of Ramallah, “The denial by Disney was not convincing to us.”

He pledged to press on with a boycott of Disney and to call for boycotts “throughout the Arab and Muslim world and in the United States.”

Martin Raffel, director for international concerns at the Jewish Council for Public Affairs, said the call to economic boycott was problematic.

“Clearly there is nothing illegitimate about the Arab community pressing its view of Jerusalem,” just as Israel pushed American leaders in Washington to recognize Jerusalem “as the indivisible capital of Israel.”

The problem, he said, is the use of an “economic weapon.”

“It harkens back to the day when Arabs used a boycott to strangle Israel.”

Raffel said the mainstream Jewish community generally eschews the practice, although at least one Jewish group — the Jewish Defense League — has called for an international boycott of Disney if it continues to bow to pressure” from Arab groups to “prevent Israel from depicting Jerusalem as its capital in that exhibit.”

Some American Jewish groups are questioning the legality of Arab and American groups’ engaging in boycotts against an American company.

Bonnie Lipton, president of Hadassah, the Women’s Zionist Organization of America, said her organization is asking the U.S. Department of Commerce to investigate moves by non-profit Arab American and American Muslim groups “to pressure the Walt Disney Company through threats of a boycott.”