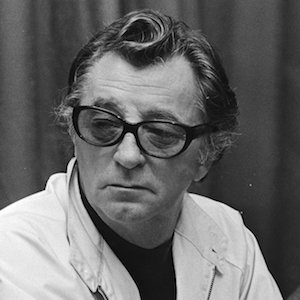 Actor Robert Mitchum says he got himself into trouble as a result of an interview in last month’s Esquire magazine because he was play-acting in “a prankish attempt” to “string along” his interviewer. Mitchum, in a lengthy interview, emerged as an anti-Semite, racist and sexist bigot.

In a letter to Herbert Luft, the Jewish Telegraphic Agency’s Hollywood columnist, Mitchum said he is “sorry” about the “misunderstanding” especially “since it is so foreign to my principle.”

Mitchum’s statements caused a stir in the Jewish community and received rave reviews from bigots. In an effort to find out if the actor was quoted correctly, Luft wrote to Mitchum asking him to clarify the circumstances of the interview and to explain some of the statements attributed to him.

Mitchum, in his letter to Luft dated March 9, said that “under pressure” from “a young lady employed as a publicist by my employers” he “reluctantly agreed” to the interview. What followed, as presented in Esquire by the interviewer, Barry Rehfeld, amounted to a denial that the Holocaust had taken place, and a series of slurs and expletives regarding women. Blacks and the Irish.

When Mitchum was asked about the slaughter of six million Jews, the actor replied, “So the Jews say,” He added. “I don’t know. People dispute that.” After a series of questions and answers, Mitchum was quoted as offering the following statement: “How do you say trust me in Jewish? F— you.”

Later in the interview, Mitchum spoke about how, growing up in Philadelphia, “I had to go over and light the sabbath candles. I was the only goddamned gentile… I’d go to Mel Blumberg’s house. He had a rabbi uncle who’d read from the Old Testament about Angeles pissing on sinners who were, climbing Jacob’s ladder.”

In his letter to Luft, Mitchum said that early in his meeting with Rehfeld he recited a racist speech delivered by Coach Delaney In Jason Miller’s “That Championship Season,” in which he appeared, which Rehfeld “mistakenly believed to be my own. From that point on, he approached me as the character in the script and in playing the devil’s advocate in a prankish attempt to string him along we compounded a tragedy of errors.”

Mitchum added that he is “truly sorry that this misunderstanding has upset so many people, especially since it is so foreign to my principle. The attendant misfortune is that it has brought me a spate of mail from people and organizations who are encouraged to believe that I share their bigotry and discrimination.”

Ironically, the interview appeared at the same time he was starring in the ABC-TV series, “The Winds of War,” in which he portrayed a U.S. official in Europe sympathetic to the plight of the Jewish people in fascist Italy and Nazi Germany. A month earlier, in January, Mitchum was an honored guest at a dinner of the American Friends of Technion at which Kirk Douglas was given an award.