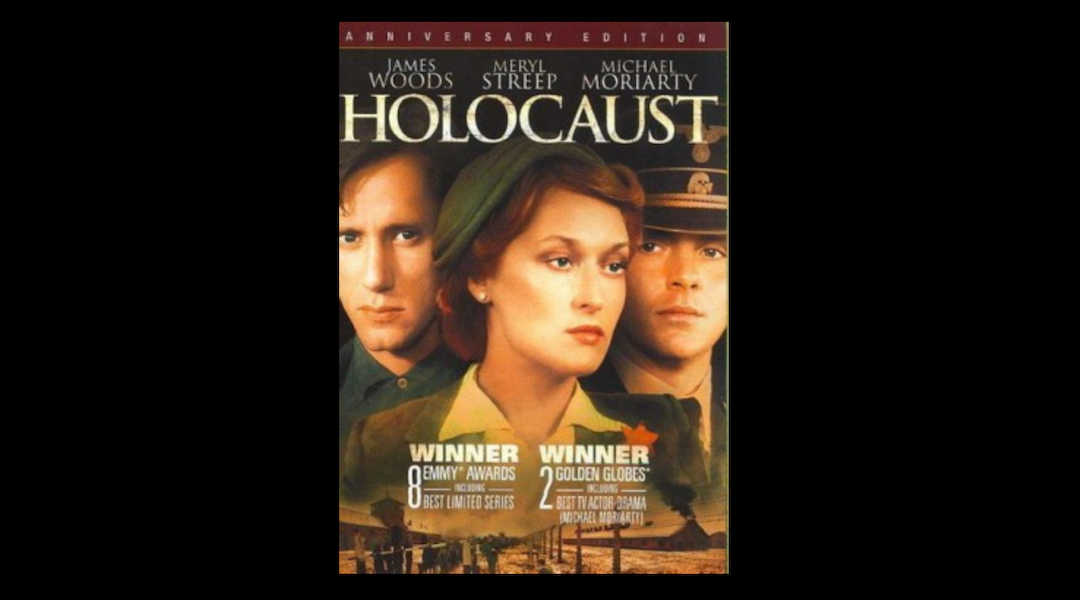 According to the lead article, “Despite numerous protests, NBC has refused to cancel its proposed broadcast of a controversial 8-hour monstrosity entitled ‘Holocaust.’ Instead, they plan to air it over a four-day period beginning Sunday, April 16th and ending, sentimentally enough, on Wednesday, April 19th, three days before the onset of Passover.”

Claiming that the program is a “grandiose attempt to perpetrate anti-German bias,” the article states that “Especially since the recent widespread distribution of Professor Arthur R. Butz’s conclusive refutation of the ‘Holocaust’ Myth, many Americans are disturbed that a major network would have the audacity to embark on a propaganda campaign based on anti-German and anti-Gentile lies and distortions.”

The story concludes by calling upon readers not to “stand idly by as NBC attempts to counter the advances that have recently been made in exposing the ‘Holocaust’ Myth,’ and invites readers to contact “The Voice (of German Americans) with their ideas, suggestions, contributions, and letters of support for our efforts to oppose NBC’s ‘Holocaust Drama,” and in doing so, to further awaken our fellow Americans to the deceitfulness of the media manipulators.”

In a special supplement to his “Conservative Viewpoint” newsletter, Richard Cotten says “This is an urgent appeal that you both call and write your local NBC facilities–and any of their sponsors you feel you can influence–and protest this continuing defamation of the German nation and what is now clearly an oblique attack upon Christianity.”

He further claims that “the German American community, more than 25 or 35 million in potential, is finally about to take the fight to the enemy. Cotten, too, refers to Butz’s book, “The Hoax of the Twentieth Century,” and says that the book “has Jewry in an absolute panic. And the same Germans who had previously said, ‘I don’t even want to talk about it,’ now learn they have been the victims of a hoax and they are getting their red blood running! Anything could happen, and the organized attempt to prevent the airing of the planned infamy under the guise of ‘Holocaust Studies’ was the necessary catalyst to get things rolling.”

Cotten concludes his discussion of the NBC “Holocaust” special by asking his readers to “Please get involved. We will never develop a racial consciousness as long as Jewry can pound on the Myth of the Six Million. The stage is now set, thanks to Dr. Butz for the revisionist historians to have a field day. His evidence is absolutely overwhelming. Now the battle lines are drawn. Are we going to permit our children to be exposed to these so-called ‘Studies’? Or are we going to help expose the Hoax of the Twentieth Century?”

Butz, a professor of engineering at Northwestern University in Evanston, III., came under concerted fire from Jewish and many non-Jewish groups and individuals for his book which claimed that the Nazis did not really exterminate six million Jews. The book was published in 1976 in England. No publisher was available in this country.