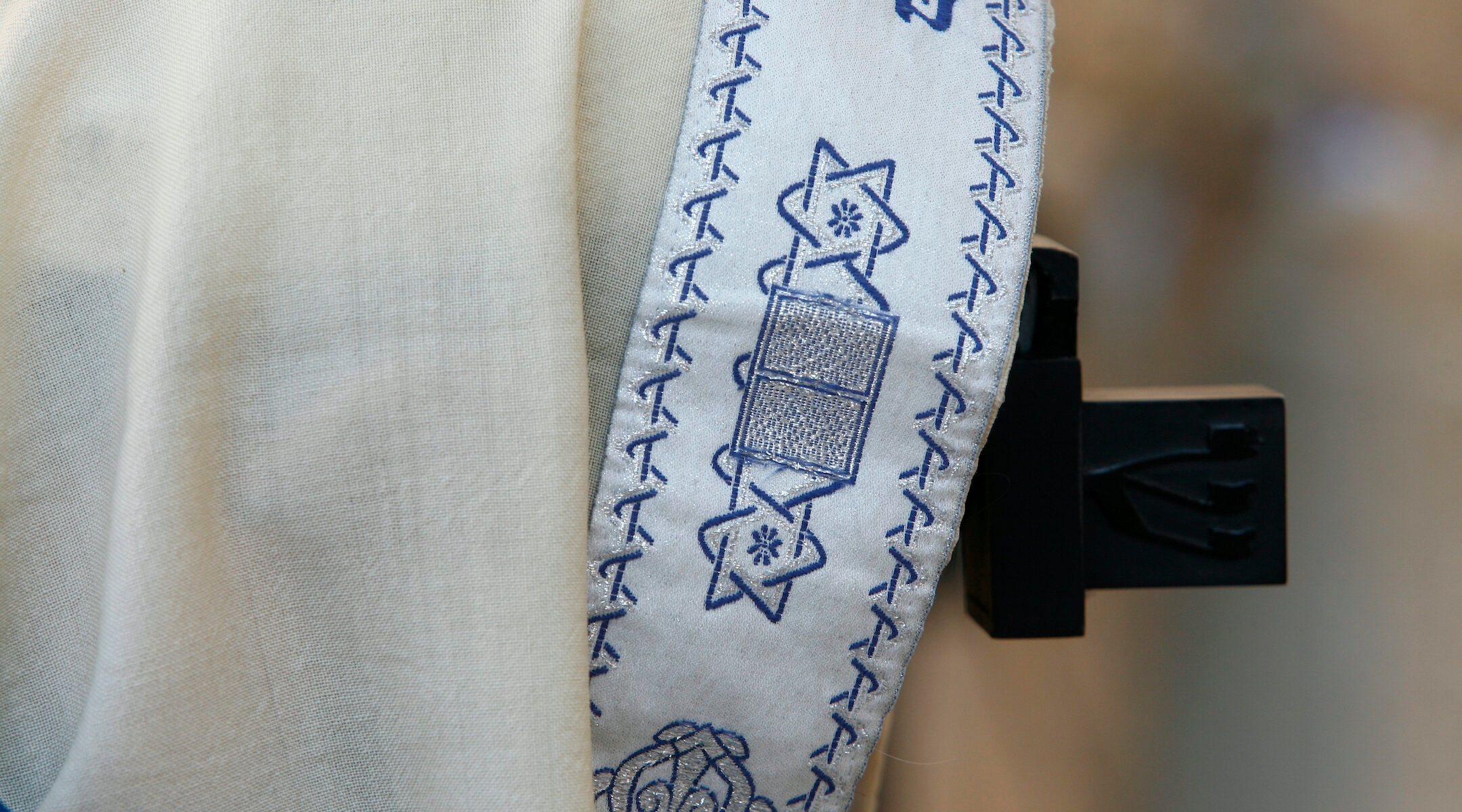 Some Jews were wrapped up in more than football on Super Bowl Sunday.

For the Federation of Jewish Men’s Clubs, an association of 270 Conservative synagogue groups, America’s favorite secular holiday was a perfect opportunity to draw attention to the often overlooked mitzvah of tefillin.

“It’s a fabulous programming day,” said Rabbi Charles Simon, the organization’s executive director. “In America, nobody does anything on Super Bowl Sunday.”

Many hours before the start of the pro football championship game, more than 180 Conservative synagogues around the world participated in the seventh World Wide Wrap on Sunday morning.

The wrap is an educational program aimed at promoting the donning of tefillin, a pair of black boxes containing prayers that are affixed to the head and arm by leather straps during prayer.

“Tefillin are intimidating,” Simon said. “It’s complicated and scary. It looks strange. To be able to feel that you can do this with other people, or by yourself at home, this is a powerful, powerful message.”

The World Wide Wrap traces its origins to an attempt by a men’s club president in Michigan to promote the practice of laying tefillin. But the program really started to roll eight years ago when a congregation in Charlotte, N.C., drew 120 men and women to the synagogue parking lot for a miniature tefillin festival, complete with food and T-shirts.

Since then the wrap has grown into an international phenomenon, with congregations in Australia and Canada participating.

As of Monday, 186 congregations were listed as participating, which organizers figure encompasses 10,000 to 15,000 people.

In New York, about 40 people showed up for the wrap service at the Park Avenue Synagogue, including a few who had never donned tefillin before.

Menachem Rosensaft, a lawyer and founding chairman of the International Network of Children of Jewish Holocaust Survivors, addressed the congregation after the service.

Rosensaft said he had not grown up putting on tefillin, but once he started about 14 years ago, he realized a connection to his grandparents who had perished in the Holocaust.

“I realized I was doing something my grandfathers had done six days a week for their lives,” Rosensaft said. “For me, at least, it provides a connection to a tradition that links Jewish generations to each other and provides a very personal embodiment of Jewish continuity.”