Uprising took even Arafat by surprise 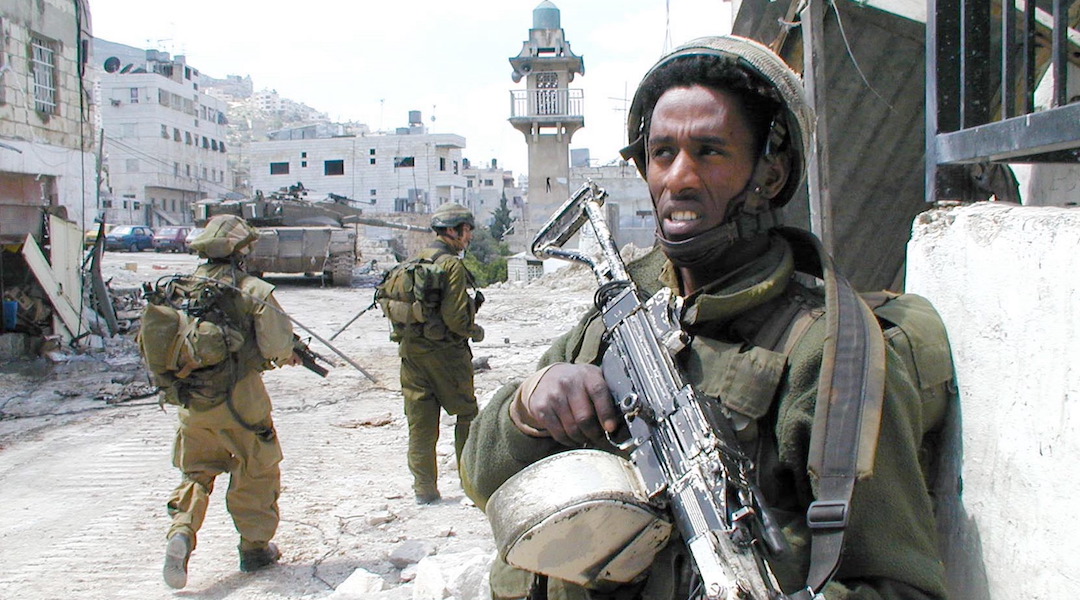 JERUSALEM, May 21 (JTA) — Early last week, Yasser Arafat struck a match, but by week’s end it seemed that he did not know how to put out the flames.

The Palestinian Authority president wanted a limited and controlled protest, but was surprised to be confronted with a massive, violent uprising — and the orders of his political leaders ignored by his own street protesters.

The threat of renewed violence in the territories had been hanging in the air for some time, but the scope of the violent demonstrations was much larger and more dramatic than anyone had anticipated.

Day after day, hundreds of Palestinian youths took to the streets, from Jenin in the north to the Gaza Strip in the south, engaged in gun battles with the Israelis and molotov cocktail attacks on soldiers and civilians.

By Sunday morning, five Palestinians had been killed and at least a thousand wounded.

In addition, Shalev Shabat, a 2-year-old Israeli toddler, was badly burned in a firebomb attack on a car in Jericho.

Israel and the Palestinians had been holding discussions in Sweden with the aim of working through obstacles toward reaching a framework for a final agreement.

The Israeli army banned civilians and tourists from entering Palestinian areas in the West Bank.

A statement from the Cabinet said Barak also expected “immediate results to the harsh messages sent to Yasser Arafat’s Palestinian Authority after the Jericho attack.”

The original cause of this latest flare-up in the territories was the Palestinian demand to release some 1,500 security prisoners from Israeli jails. The prisoners themselves have staged a two-week sit-in strike.

Israeli security experts were confident that Arafat was directly responsible for the escalation. However, according to Israeli analysts, Arafat was acting in response to pressure from the street.

The Palestinian people are frustrated on many levels: lack of progress on the political front, high unemployment and growing disenchantment with corruption among their leaders. While the economic situation at the refugee camps grows worse, a few Palestinian leaders enjoy a high standard of living.

The time was ripe for Arafat to give the green light to his own Fatah activists to take to the streets — armed with rifles — and order Palestinian policemen to back them up. He was thus diverting the political fire, turning it into real fire against Israeli soldiers.

Comparisons have been made between the recent uprising, and the intifada of 1987-1993. But there are a few key differences:

• During the intifada, Israel controlled all of the Palestinian territories. Now the Palestinians administer some territory and are closer to an independent state, but are frustrated by lack of progress toward a final peace deal.

• In the previous uprising, the Palestinian target aimed to create momentum toward ending Israeli occupation. The present escalation is aimed at speeding up the actual negotiations and the creation of an independent Palestinian state.

• Between 1987 and 1993, many Israelis accepted the violence as legitimate, and questioned the wisdom and justice of continued occupation. Now, even moderate Israelis are asking whether the Palestinians really want to make peace.

“When we negotiated the coalition with Ehud Barak,” recalled Interior Minister Natan Sharansky, “he asked us not to include the word ‘reciprocity’ (in the negotiations with the Palestinians) in the text of the coalition agreement. It was associated too much with Netanyahu.

“I said, ‘OK, forget about the word, but will the principle of reciprocity be preserved?’ I was assured that this would be so. Unfortunately, there is no reciprocity in the negotiations. We offer them Abu Dis, and they shoot at our soldiers.”

Barak suspended a turnover of Abu Dis and two other Arab villages to Palestinian control “until things calm down.” Consequently, the hawkish National Religious Party decided to suspend its plans to quit the coalition over the Abu Dis issue.

The cancellation of Barak’s visit to the United States and his suspension of talks in Stockholm were also designed to signal to Arafat that Israel was no longer willing to talk as long as the Palestinians continued with violence.

Indeed, Barak called on the Palestinian Authority on Sunday to take steps to end the violence, which has now lasted nine days.

Maj. Gen. Moshe Ye’elon, of the Israel Defense Force’s central command, warned that if the violent confrontation continued, the army would have to attack “with helicopters and tanks.”

Meanwhile, U.S. National Security Adviser Sandy Berger, in Israel on Sunday, urged Israel and the Palestinians to move ahead with peace efforts.

“In the months ahead, we have a historic opportunity that we must not allow to slip away,” he said in a speech in Tel Aviv.

(JTA correspondent Naomi Segal in Jerusalem contributed to this report.)