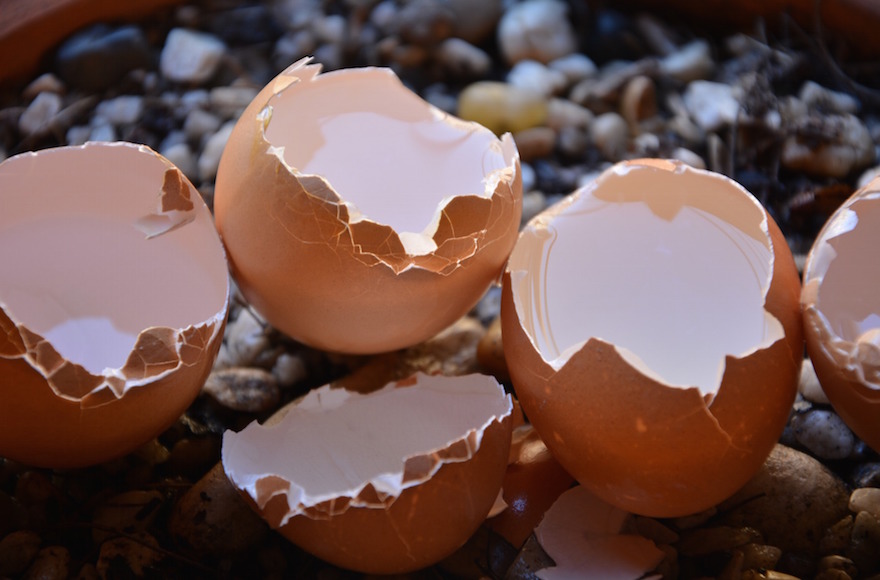 New York police authorities today are probing an attack on a synagoue in suburban Queens Borough which resulted in the smashing of 12 windows and desecration of the house of worship with broken eggs.

About 30 young vandals attacked the synagogue last night, according to the congregation’s spiritual leader, Rabbi Abraham Ginsberg, on the pretext that they were engaging in Halloween pranks. According to Rabbi Ginsberg, however, the vandals “have gone too far this time.”

For seven years, the rabbi complained to police, the synagogue has been suffering sporadic attack by anti-Semites in the neighborhood. Eggs and rocks have been thrown at the synagogue often, he said, and “we have been averaging a broken window a week for the last year.” Often, the rabbi said, the words “Jews Get Out” have been found scrawled on the sidewalk in front of the synagogue.

Rabbi Ginsberg made his appeal for protection today directly to New York City Police Commissioner Stephen P. Kennedy. He said the local police precinct has been promising to keep an eye out” for attackers, “but this doesn’t seem to do any good.”