Do aardvarks repent on Yom Kippur?

At least one does. On the PBS cartoon show Arthur, eight-year-old Arthur’s best friend Francine is Jewish. In one episode, Francine decides to fast for the entire Yom Kippur. She makes a bet with her older sister, who thinks there’s no way that Francine can go the whole day without eating.

But Francine is determined to fast until sunset that night. “Only twenty-two hours to go!” she boasts after the evening service. The next day in synagogue, Francine starts feeling dizzy. She follows her grandmother home and watches TV…but then a baking show comes on. Can Francine make it?

While the episode doesn’t address in detail the reasons behind fasting, Francine’s sentiment–and her determination–will be familiar to any precocious kid who’s tried to fast the whole day.

Escape into Paradise
These Sheep Are Preparing to Make Baa-aliyah 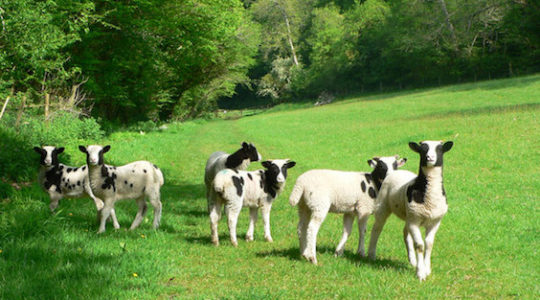