Humanity has stumbled upon some bizarre medical cures, from crystals to marijuana, but one of the downright oddest has to be the hirudo medicinalis, the European medicinal leech.

Leeches have been used in medical treatments for over 2000 years–the practice is described in ancient Roman writings, as well as in the Talmud and Shulhan Arukh–but the practice came into widespread usage in the early nineteenth century. In the year 1833 alone, European doctors imported over 100 million leeches for medicinal use. And most of those were provided by Jews.

Author David Albahari writes in the book Leeches:
Someone, of course, had to go out and gather all those leeches, and unlike many of the other jobs that were off limits for Jews at the time, no one was fighting over gathering leeches.
Once leech-gathering became lucrative, the neighboring non-Jews weren’t content to leave the profession to Jews, whom many of them viewed as bloodsuckers themselves. Merchants in Serbia and Germany started to compete for the slimy prizes, but once those merchants spent a few days trudging through swamps, they gave up their protests.

Soon enough, bloodletting fell out of fashion. Leeches stopped being a prized medical cure, and started again being little more than an icky nuisance. (In recent years, strangely enough, the practice has been revived, mostly in Russia and parts of Asia.) 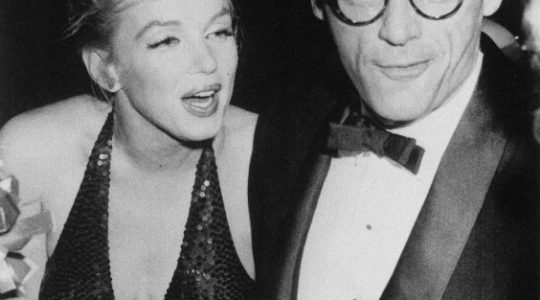