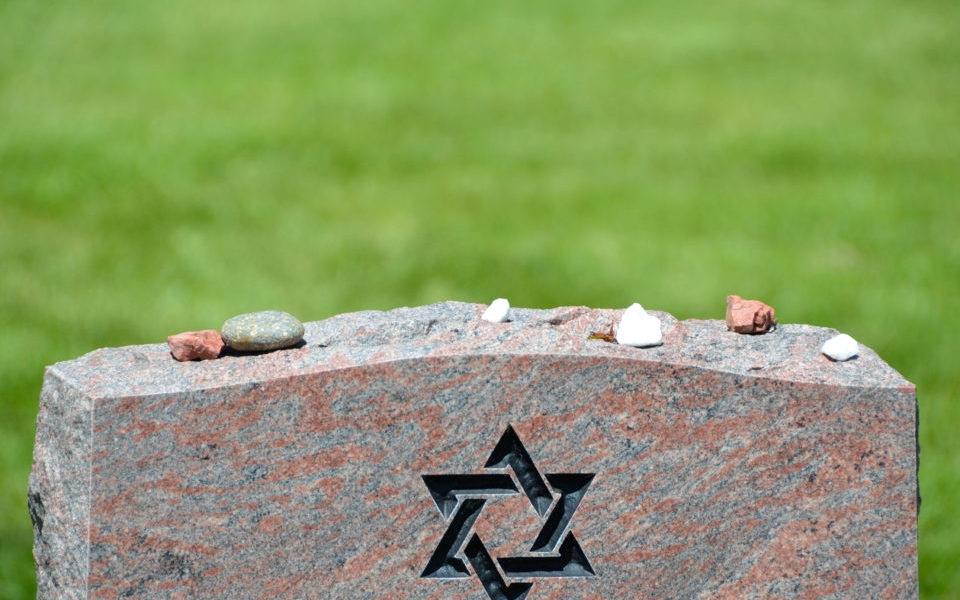 Oddly enough, one of the oldest Jewish cemeteries in the Midwest shares space with a car manufacturer. In the 1860s, congregants of Shaarey Zedek in Metro Detroit, acquired land for a cemetery, which they named Beth Olem, in which to bury their dead. 120 years later, General Motors, using eminent domain, expanded onto the property and the surrounding area, displacing residents—but only the living ones.

Most of the Jews buried in Beth Olem (there are about 1100 graves) were poor, from Eastern Europe. Burials there ceased in 1948. Halakha forbids Jewish reburial, so the cemetery remained, open to the public only six hours a year (on the Sundays before Rosh Hashanah and Passover).

Though the gravestones are old and occasionally sooty, the Beth Olem cemetery is a peaceful-looking place, tidy and well-kept. As the auto industry crumbles and Detroit either revitalizes or gentrifies (depending on whom you ask), no one can say for certain what will happen to Beth Olem—will it continue to offer a peaceful if incongruous oasis, or will it become part of a hipster bicycle tour?

____
» Watch a short video about Jewish Detroit
» Flip through some photos of the Beth Olem Cemetery
» Learn about the Purple Gang, a notorious Detroit Jewish gang
» Discover Detroit before the auto industry


Hastings from Detroit Federation on Vimeo.

An American Folksinger With A Hasidic Twist

The 19th-Century Lesbian Writer Who Met a Tragic End