Most people think that Theodor Herzl’s book The Jewish State (1896) was the first major book about Zionism. However, twenty years earlier, the novel Daniel Deronda appeared, featuring a protagonist rediscovering his lost Jewish heritage and a character named Mordecai with a dream to rally the Jewish people to return to Palestine. Perhaps most remarkably, the novel sprung from the mind of author George Eliot (a pen name; her real name was Mary Anne Evans), who was already well-known for her books Silas Marner and Middlemarch–and who was not Jewish.

In some ways, Deronda was a typical Victorian novel. Gwendolen, a spoiled young woman from the British upper class, loses all her money in a game of roulette. Daniel Deronda, a mysterious stranger with a cloudy and uncertain past, comes to her rescue. Like Gwendolen, Daniel was brought up in an upper-class family in Britain. But when his secret lineage is uncovered, he struggles to come to terms with his Jewish heritage. In doing so, he discovers the vibrant world of 19th-century Jewish London.

Daniel Deronda–both the novel and the character–confront intermarriage, Zionism, and class warfare, showing us that many of the issues that affected Jews over a hundred years ago across the ocean are still relevant today.

Stairway to Heaven
The Woman Who Invented Barbie…and Prosthetic Breasts 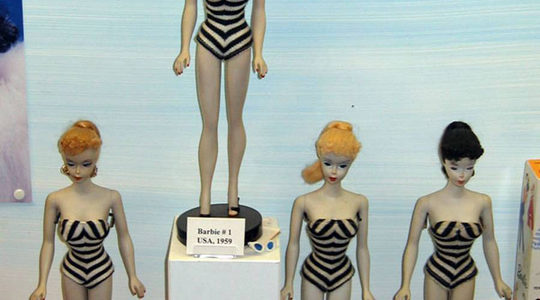 Letters from the Dead