Sinbad in the Talmud

The Talmudic sage Rabbah bar bar Hana got around. Unlike most scholars of his time–who stuck to either a yeshiva in Jerusalem or in Babylonia–bar bar Hana traveled back and forth between both places.

But, in the Talmud, he’s known more for his fantastic adventures, which led him across the Egyptian desert and to the locales of several episodes in the Torah. According to legend, he visited Sinai, glimpsed the hole in the earth that Korach was sucked into, and also discovered a place that’s described as the point “where heaven and earth touch one another” (Baba Batra 74a).

Bar bar Hana also had escapades on the high seas. One time, he climbed onto an island, made his camp for the night, and–as he lit his fire–the land began to rumble. He discovered that it wasn’t an island he was on at all, but the back of a huge fish, which bucked and threw bar bar Hana into the sea (Baba Batra 73b). A few centuries later, this tale was retold in one of the first legends of Sinbad the Sailor. 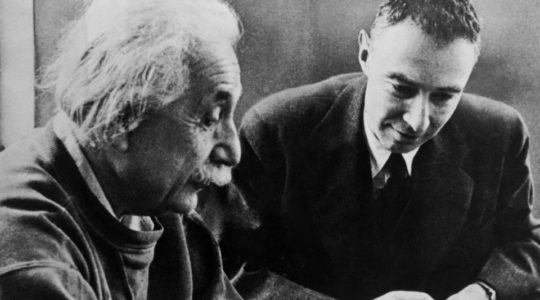 The Artist Who Turned Destroyed Polish Shuls Into Great Modern Art
The Book of Mormon…in Yiddish?