In 1923, a 12-year-old Russian girl named Belle Kaufman immigrated with her parents to America and, not knowing a word of English, was enrolled in the first grade. She caught up quickly, and decided that she wanted to become a teacher, too. But Kaufman came from a family of writers—her grandfather was Sholem Aleichem, and her mother, Lyalya, also published widely in the Yiddish press. So when she began teaching at New York City public schools it was natural that she set aside time to write about her experiences.

In 1962, Kaufman—who had adopted the more androgynous penname Bel—wrote a warmhearted, satirical portrait of public school life, and submitted it to the Saturday Review of Literature. An editor saw in the short story the germ of a full-length novel. And so, Up the Down Staircase was born. The 1965 novel won immediate acclaim, became a bestseller, and was eventually turned into a movie starring Sandy Dennis.

In a new video, Kaufman, now 101, reminds us that the troubles afflicting today’s public schools are by no means new. “[In Up the Down Staircase] I describe the terrible situation in New York City public schools. The lack of communication, the bureaucracy, the gobbledygook.” In Kaufman’s hands, the gobbledygook assumes a poetry all its own. 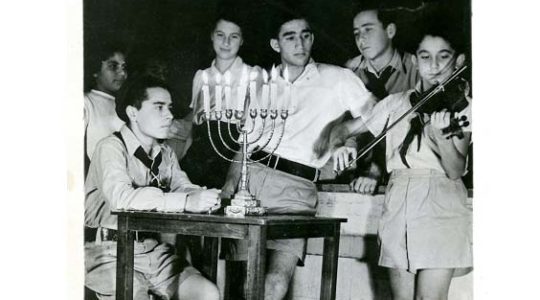