On The Chocolate Trail

Several years ago, in a small chocolate shop in Paris, Rabbi Deborah R. Prinz chanced upon a pamphlet claiming that Jews had brought chocolate to France following their expulsion from Spain. It was an intriguing and plausible notion, but was it true? The resulting investigation culminated in Prinz’s new book On the Chocolate Trail, which explores the connections between Jews and chocolate from medieval times to the present.

And no one could be better suited for the task. Prinz loves chocolate so much that she’s coined a phrase for her ability to sniff it out: choco-dar. Whether traveling through Europe, doing yoga in California, or jazzercising to radio beats, Prinz’s “internal, serendipitous radar for chocolate discoveries,” as she describes it, is permanently on.

Prinz is an engaging storyteller, and the book covers an extraordinary amount of material—from the impact of Spanish Inquisition trials on the chocolate industry to the politics of fair trade Hanukkah gelt—without feeling too weighty. Her passion for all things Jewish and chocolatey is infectious, so make sure you have some chocolate handy when you’re reading—you’ll be craving it. 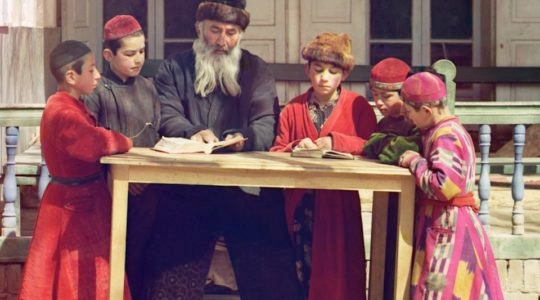