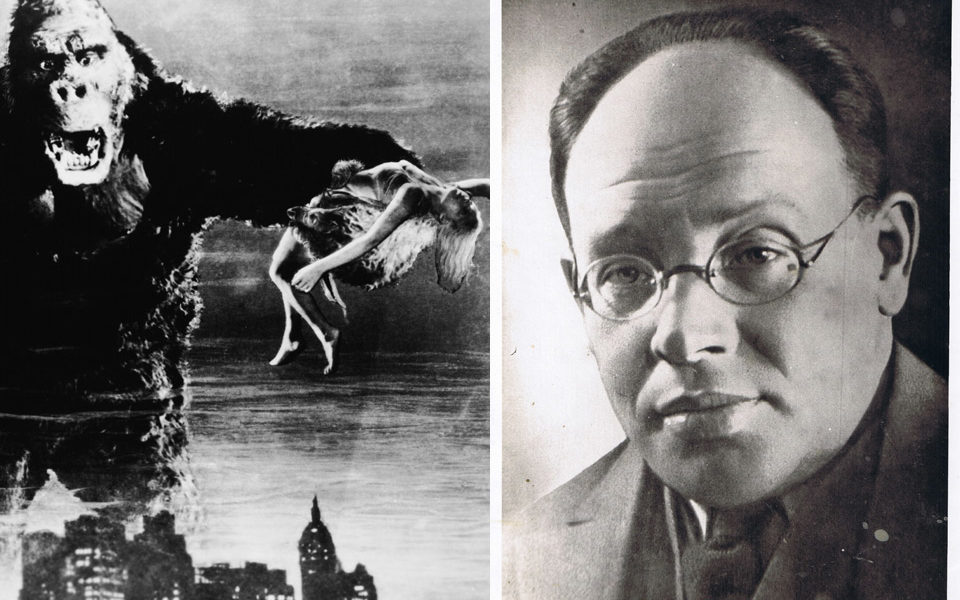 This one begins with Russian Jewish author and diarist Isaac Babel, who documented the horrors of the Polish-Soviet war and later published his seminal story collection Red Cavalry. But there’s more in his diaries than just the seeds of great fiction.

In 1920 Diary, Babel’s account of being stationed at a Soviet prisoner-of-war camp, he describes interrogating a man he calls Frank Mosher, a “shot-down American pilot,” who left a “sad, heartwarming impression.”

Frank Mosher is an alias—for Captain Merian C. Cooper, a Purple-Heart-winning soldier who escaped captivity then returned to the U.S. to embark on a filmmaking career. Just over a decade later, he invented one of the most iconic film monsters of all-time: King Kong. Cooper’s massive ape confronts, Cooper has said, “our materialistic, mechanistic civilization.”

One has to wonder what Babel would have thought of King Kong but sadly Babel, like so much of his oeuvre, was destroyed by Stalinism. In 1940, Babel was executed by firing squad for crimes he did not commit.

As for who brought this connection to light, we can thank Elif Batuman, literary sleuth and penner of an extraordinary essay on Babel. Interestingly, Batuman points out that while Cooper made an impact on Babel, Cooper “recorded nothing of their endless conversation.”