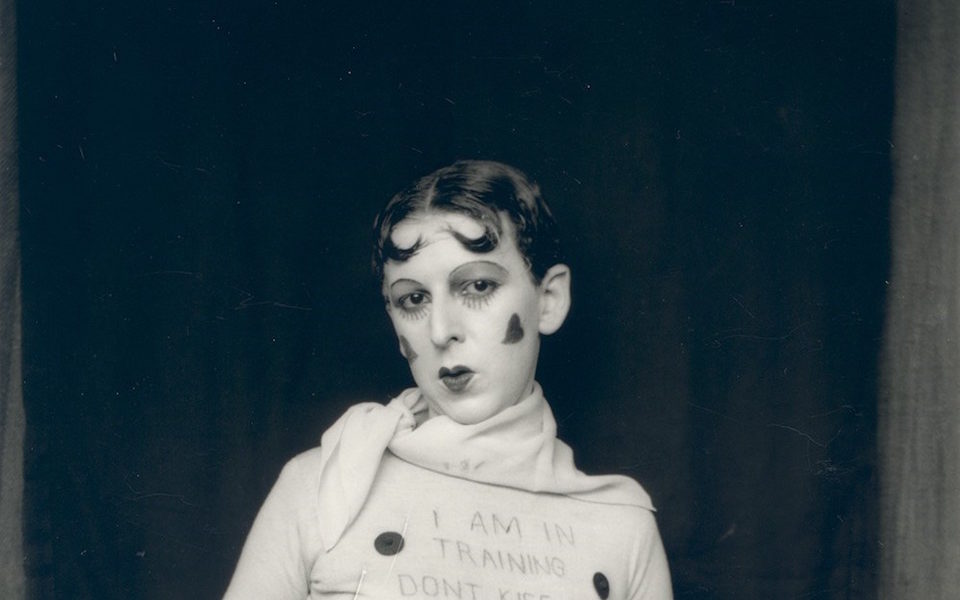 A Jewish, transgender, anti-fascist, Surrealist artist, born in France at the end of the 1800s? Keep reading.

Lucy Renee Mathilde Schwob was a prolific writer, photographer, and actor who didn’t like to be called any of the above. But while she eschewed labels in her personal life, her art revolved around identity. In her theatrical and often androgynously sensual self-portraits she’s costumed as everything from an effeminate weightlifter to Little Red Riding Hood, from a skinhead to a puppet folded into a cupboard. She tried on a series of pseudonyms, eventually sticking with the gender-neutral “Claude Cahun.”

Cahun and her life partner, the prolific art nouveau illustrator Marcel Moore (née Suzanne Malherbe)—who was also her stepsister—lived in Paris until retiring to the Isle of Jersey, just before the Nazi invasion. Under occupation, the couple, who became lesbian icons, found the ultimate application of their Surrealist art: Dressing up as German soldiers, they distributed propaganda encouraging actual German soldiers to desert.

The pair was ultimately imprisoned and sentenced to death, but the war ended in time to release them. Still shaken by her jail time, Cahun died in 1954, closing a rich and complex life.