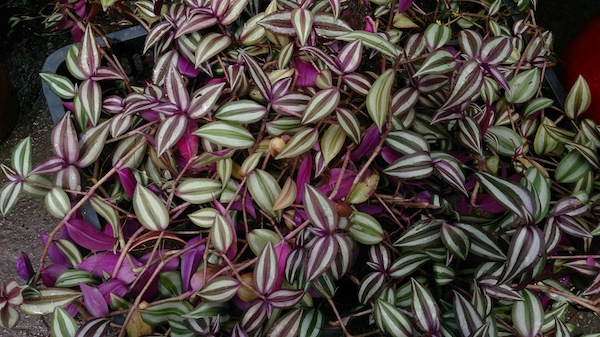 Have you watered your Wandering Jew? As you may know, the popular spiderwort (tradescantia) is a convenient and flexible houseplant—it can be planted in soil or set to hang in a pot, and it’s very patient with forgetful owners. Its name calls to mind Moses and the Israelites in the Sinai Desert, wandering for 40 years.

But the plant’s name actually refers to a more recent, and sinister, legend of a Jew who scoffed at Jesus en route to his crucifixion. The story isn’t actually canonical—the earliest versions appeared in the 13th century, and were popularizied  in the 17th century in by a pamphleteer named Ahashver. (Interestingly, this name is derived from Ahasuerus, the Persian king of the Purim story.)

This motif of the wandering Jew also took form as an 1844 French novel, opera, and silent film which weren’t anti-Semitic so much as straight-up depressing: A Jewish man is separated from his sister by the Bering Strait and condemned to wander the Earth forever. A plague of cholera follows in his wake, and—spoiler alert—he never finds his sister.

Pretty heavy legacy for a houseplant.