There was a time when Else Neuländer-Simon, known as Yva, was the premier fashion and portrait photographer of her day. Born in Germany to a Jewish middle-class family, Yva opened her own photography studio when she was just 25 years old, and quickly became a sought-after talent. Her photos were published extensively in Germany’s fashion magazines, and the young Helmut Newton, before his own rise to prominence, became Yva’s apprentice.

But when the Nazis came to power in 1933, laws persecuting Jews forced her to make her non-Jewish business partner the sole owner of her photography studio.

By 1938 Yva’s Jewishness prevented her from working as a photographer at all. In need of another income, she became an x-ray technician for Berlin’s Jewish hospital. In 1942 Yva and her husband were sent to Majdanek, where they were both killed.

Yva’s former studio was housed in a boutique hotel that closed its doors this past December, but for a time it featured her photography on its walls. It was a small monument to an artistic talent extinguished far too soon. 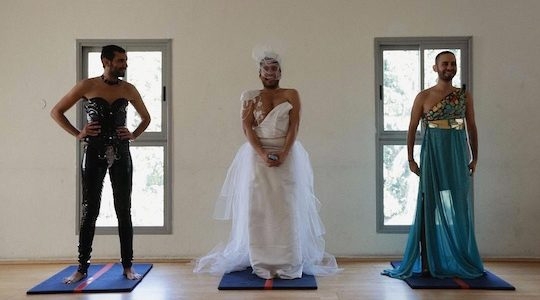 A Russian Jewish Mom Turns to the Internet For Dating