Created by Jamie Elman and Eli Batalion, the first five-minute episode of YidLife Crisis has all the charm and narcissism of a Seinfeld episode and all the hilarious existentialism of a Shalom Auslander novel. The Yiddish, which Elman and Batalion learned at Montreal’s Bialik High School and speak with the fluency of seasoned improvisers, is peppered with the occasional English loanword like “Lactaid” and foray into Canadian French. It’s also aided by English subtitles, but seems so natural that we could be watching a Rob Reiner movie.

Deeply rooted in Elman and Batalion‘s hometown of Montreal and their love of its food (like that poutine), the show is also refreshing in its embrace of the burning questions – and absurdities –  of contemporary Jewish life, which is a nice nod to Yiddish history. We can’t wait to keep up with the angst this pair’s next plate of treyf produces.


Listen to a CBC Radio spot with the creators of YidLife Crisis: 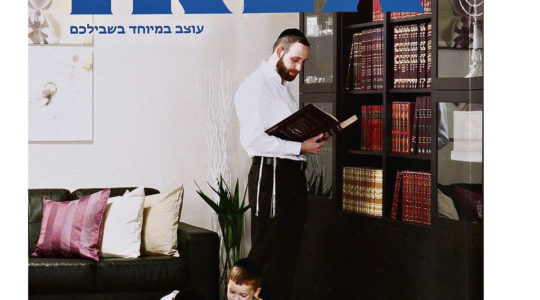