An Old and New Holocaust Photo

Of the many images that depict Nazi persecution, this photograph–taken upon the liberation of the Buchenwald concentration camp, with Elie Wiesel in the background–has become one of the most widely circulated.

In a “smart copy” of the photograph on Flickr.com, Jo Hedwig Teeuwisse offers links for us to learn about these survivors’ lives
–names, birthdates and (where applicable) dates of death, professions, nationalities, family stories.

For instance, Mel Mermelstein, one of the half-obscured faces on the top bunk, became the lead witness in a major post-Holocaust trial. Naftali Furst, bunking directly above Wiesel, immigrated to Israel and fought in three wars. The nearly-naked man who’s standing in the photograph became a successful businessman and started a family in the Netherlands.  He refused to talk about this photo for the rest of his life.

For years, this photograph has mixed the vivid horrors of the Holocaust with a chilling anonymity–the fact that we don’t know who these people are, and the idea that they could be anyone. Ironically, now that we have stories to go with these faces, the image is even more powerful. 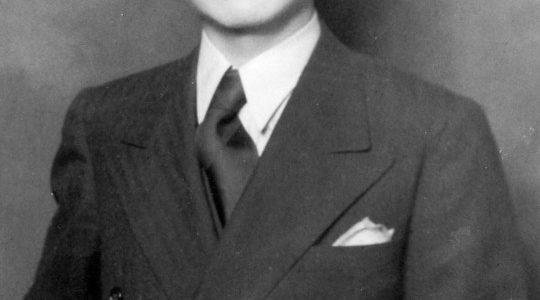