The Surprising Nazi Origins of the Olympic Torch Relay 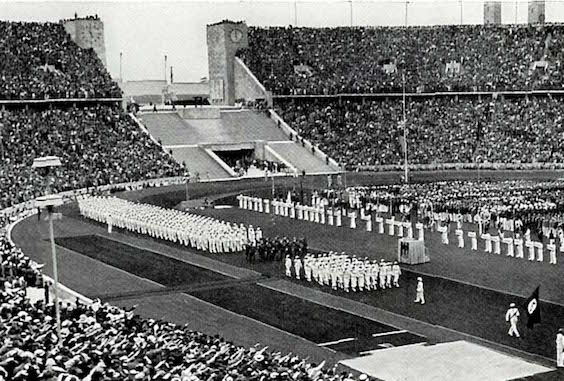 The Olympics are supposed to be a time when the world unites to celebrate elite athletes, but it has long been a complicated event for Jews. The Munich massacre of Israeli athletes in 1972 is a permanent stain on the games, and that’s not all. It turns out that the Olympic torch relay, a symbol of the games, has sinister Nazi roots.

In 1936, as Hitler geared up for hosting the Olympics in Berlin, he created the torch relay to link Germany to ancient Greece. The torch started in Olympia, and runners took the flaming torch, each running .6 miles on a route from Olympia to Berlin. The relay was just one of many ways that Hitler tried to link Nazis with historical groups. The connection was invented, just another part of Hitler’s propaganda that the Nazis were the chosen elite, meant to rule over others.

But the joke’s on the anti-Semites. This year Yoel Nunes carried the Olympic torch in Brazil in honor of the 11 Israeli athletes who were killed in the 1972 Munich Olympics, and all current IDF soldiers. When the torch lights up the cauldron at the Opening Ceremony, think of this strange history, tip your hat toward progress–and hope that maybe the torch zapped some Zika-bearing mosquitoes on its way to the Olympics stadium.