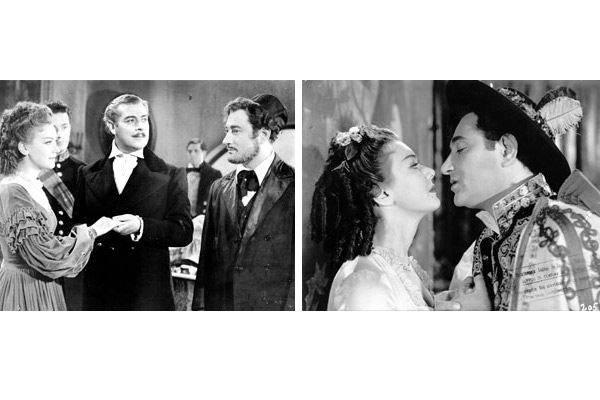 If Kol Nidre has never made you shiver with emotion, then you must see the 1940 acclaimed Yiddish film Overture to Glory (“Der Vilner Balebesl”). Made in New York, the film offers a glimpse at a world—and an art form—that peaked just before its own destruction. With music written by the great Yiddish theater conductor Alexander Olshanetsky and starring Moishe Oysher, a real life cantor and actor, Overture to Glory tells a tale both timeless and deeply evocative of a lost world.

The film follows young cantor Yoel Duvid Strashunsky, played by Oysher, as he is lured away by the bright lights and big promises of Warsaw. But the secular world churns him out and he returns to Vilna sick, bereaved and penniless on the eve of Yom Kippur. In the final scene he staggers into his synagogue, hears the Kol Nidre, and breaks in to electrify his community with his beautiful, familiar voice.

Wrapped in a prayer shawl, Strashunsky uses the last of his energy to sing the liturgy, rolling and stretching out the notes. Then he collapses, but he has earned redemption. “We will never forget you,” intones the rabbi. “For them you sang; and for us you prayed.”