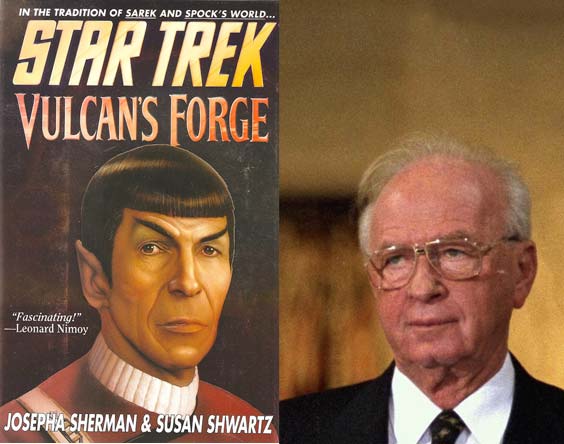 It’s been 20 years since Yitzhak Rabin’s assassination and two decades deeper into the conflict, the beloved statesman is missed now more than ever. Rabin’s legacy continues to reverberate through the generations—not to mention the robust world of Star Trek fanfiction.

Rabin, born to one Captain Nechama Rabin in the year 2230, meets young Mr. Spock on a boyhood visit to planet Vulcan, where the two are present for a Vulcan coming-of-age ceremony (Vulcan b’nai mitzvah, clearly). The non-cannon novel follows the friendship of the two, from the Negev to the planet Obsidian, which is basically the Negev in space.

Rabin eventually convinces Spock to join Starfleet—an organization whose directives are aimed at maintaining peace throughout the universe—which turns out to be an incredibly significant decision for the future of intergalactic diplomacy. The two become Starfleet captains themselves, their friendship growing stronger.

David Rabin’s legacy of bridging divides between cultures and of his sense of duty to peacekeeping make him a very worthy descendant of the great man himself. 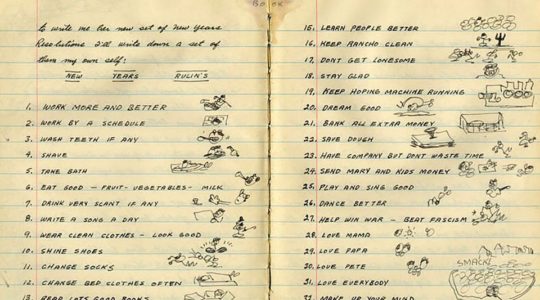