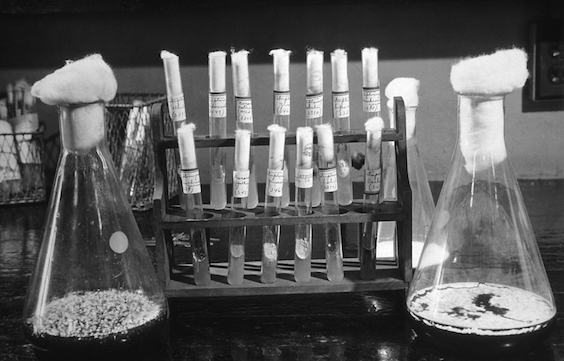 A doctor wants to prevent disease. But what if the appearance of being sick could save your patient’s life? That’s what confronted two doctors in Rozwadów, Poland, during the Second World War. They knew the Nazis were terrified of typhus, which is highly contagious, and wouldn’t deport typhus patients to German concentration camps.

Dr. Eugene Lazowski (who’d spent time in a prisoner-of-war camp) and his friend, Dr. Stanislaw Matulewicz, discovered that injecting someone with a “vaccine” of dead typhus bacteria would trigger a false positive result for the disease without causing any of the symptoms. Unbeknownst to their patients, they passed on the fake typhus, then sent blood samples to a German-controlled lab. They even tricked a German medical inspection team who arrived, drew blood samples, and quickly fled for fear of infection. A dozen towns in the area were quarantined and 8,000 people were spared from being imprisoned or killed.

Their actions were nearly forgotten in the decades following the war. Lazowski and his family immigrated to Chicago, where he taught medicine, and Matulewicz resettled in Zaire. The doctors finally revealed their secret in a 1977 article, and later published a memoir, “A Private War.” Lazowski was given a hero’s welcome when he finally returned to Poland, just a few years before his death in 2006.