The Penniless Immigrant Behind a Hot Dog Empire 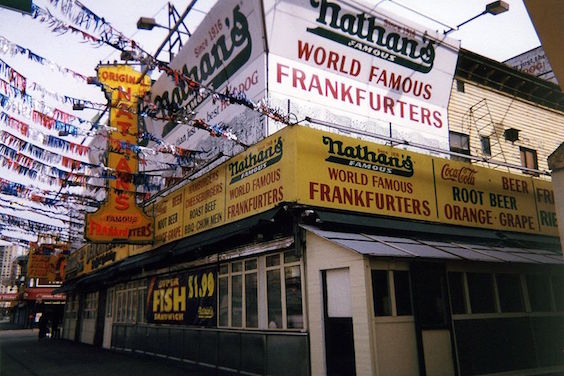 Coney Island is famous for its seashores, sideshows, and salty breezes. But, of course, it’s also famous for its hot dogs—Nathan’s Famous hot dogs, that is. You may know it as the site of the similarly famous gut-clogging hot-dog eating contest.

Just in time for the iconic Brooklyn hot-doggery’s centennial is Famous Nathan, a new documentary by Lloyd Handwerker, grandson of Nathan Handwerker—yes, that Nathan.

Lloyd began interviewing family members and former employees of the store over thirty years ago, amassing 300 hours of material. The film (trailer here) is a joy to watch, a blend of animation, archival footage, home movies, and even audio recordings of Nathan himself, a Polish immigrant who arrived in New York in 1912 with no money and no English.

Just remember to wait a while before riding the infamous Cyclone roller coaster. Or maybe just avoid it altogether.

Jewniverse’s Name was Changed at Ellis Island to June Verse