When Bibi Went to a Philly High School 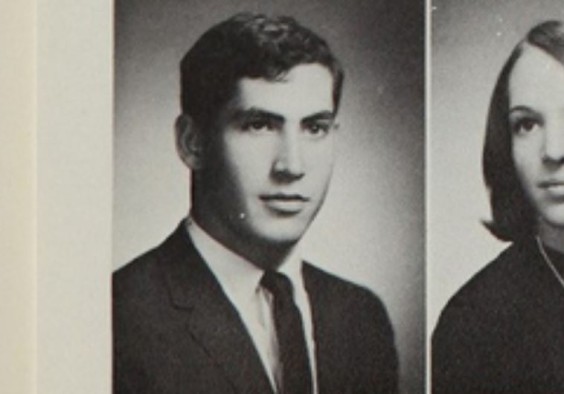 He was not into sock hops or the Summer of Love. He cut his hair short and got angry if the soccer team didn’t perform up to its abilities. He never showed up to get his diploma. But Benjamin Netanyahu did indeed graduate from Cheltenham High School in Montgomery County, Pennsylvania – a fact he denied in public.

In 1963, Netanyahu’s father Benzion moved himself and his children from Israel to Cheltenham. Benzion went to teach at America’s first center for post-doctoral Jewish studies. Bibi went to Cheltenham High. He joined the debate and chess teams, and played left wing on the soccer field. (Insert your favorite leftist joke here). But Bibi felt little attachment to this school or town. He didn’t even stay for the graduation ceremony – leaving to join the Israeli Defense Forces for the Six-Day War in June 1967.

Recently, Bibi got a copy of his yearbook from one of his high school classmates. This was just before the prime minister claimed he attended the same Israeli high school as Shira Banki, the young girl who was killed in the tragic Jerusalem Pride Parade.

So why does Bibi maintain two versions of his adolescent years?

Especially with a class photo as handsome as his?