Where Star Trek and the Great American Songbook Meet the Jews 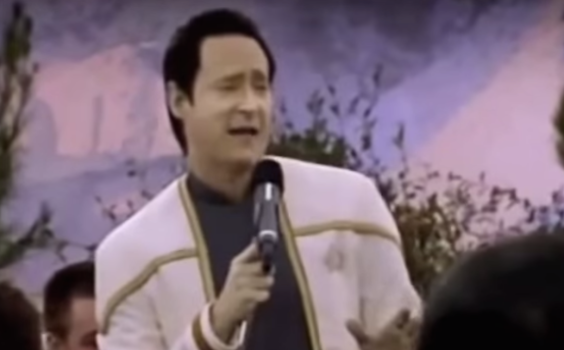 What happened to the classic songs of the 1930’s and ‘40s? The standards of the Great American Songbook crooned by Frank Sinatra, Peggy Lee or Ella Fitzgerald (and later made unforgettable by Star Trek‘s Data)?

“The B-Side” by Ben Yagoda reads like a detective story sniffing out a homicide, and the deceased is Tin Pan Alley, New York’s epicenter of songwriting and music publishing for decades. A surprising number of its authors and composers – George and Ira Gershwin, Irving Berlin, Jerome Kern, Richard Rodgers, Harold Arlen – were Jewish. In fact, Yagoda points out, they were almost all the same age, raised in middle-class New York families, and attended Columbia University.

The golden era of songwriting ended as Columbia Records hitmaker Mitch Miller and other A&R men released crowd-pleasing fluff like “The Doggie in the Window” and “Mambo Italiano.” Replacing the witty sophistication of Cole Porter’s “Night and Day” and Sinatra’s “I Get a Kick Out of You,” Yagoda laments, were “novelty numbers, lachrymose ballads, simplistic jingles, hillbilly hokum.”

Even Cole Porter, one of the few non-Jewish composers, recognized what was at the heart of Tin Pan Alley. When he met Richard Rodgers, he confessed that the “secret of writing hits” was “to write Jewish tunes.” By fusing Yiddish songs with ragtime and jazz, a new music was born.

Listen to “Our Love is Here to Stay” by George and Ira Gershwin:

Listen to the great Harold Arlen:

Listen to Ol’ Blue Eyes perform “I Get a Kick Out of You”: