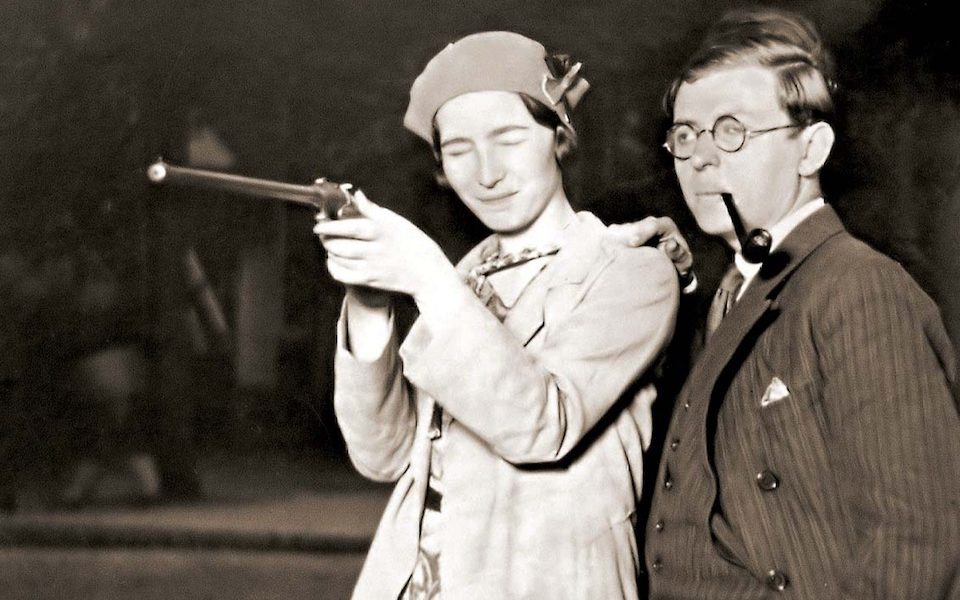 Sartre and de Beauvoir traveled to Israel in 1967, months before the outbreak of the Six-Day War. There they were greeted by Israel’s President Zalman Shazar, and a large group of surely adoring deputies and intellectuals. During the visit, Sartre lectured on the war in Vietnam, while de Beauvoir delivered a paper at Hebrew University on the role of the writer.

The trip must have had a big impact on the two—Sartre was quoted telling friends, “Each country has the right to defend itself in the way it thinks best suitable”—as the two continued to support Israel and worldwide Jewry. In fact, at a press conference in 1974, de Beauvoir spoke on behalf of the 130 Israeli POWs captured during the Yom Kippur War.

Sartre largely spelled out his understanding on the ever-present “Jewish question” in his controversial 1944 existentialist treatise on anti-Semitism called Anti-Semite and Jew. When Sartre wrote about Jews, he was generally a cheerleader, once saying Jews weren’t the problem—those who were against them were. Perhaps that’s why, on his deathbed, two of the three people with him were of the tribe.