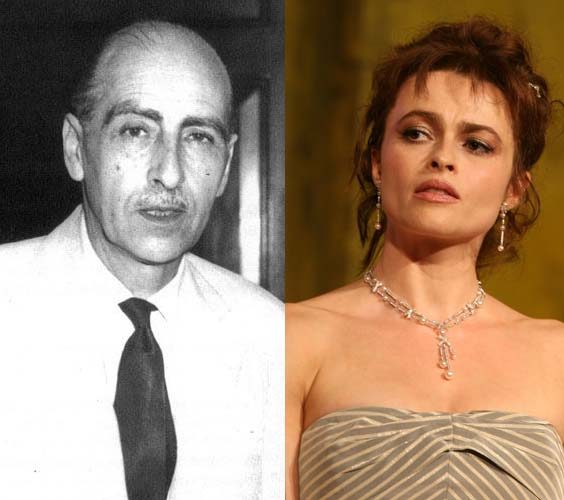 The award-winning English film and television actress Helena Bonham Carter probably could have gone on to a career in diplomacy had acting not so caught her fancy. She certainly had the family legacy: Her grandfather was Eduardo Propper de Callejon, the Spanish diplomat responsible for saving the lives of thousands of Jews fleeing Nazis.

When France surrendered to Nazi Germany in June 1940, Callejon was acting as the First Secretary of the Spanish Embassy in Paris. Soon after, over the course of four hectic days, he issued tens of thousands of transit visas for Jews crossing Spain to reach the relative safety of Portugal. Carter told the Jewish Journal she recalls her mother, Elena, saying that Callejon was “stamping documents with both hands.”

Callejon, who identified as Catholic despite having a Jewish father and a Jewish wife, was transferred to Morocco when Spain’s foreign minister got wind of the unauthorized visas. His wife, Carter’s grandmother, vowed to convert to Catholicism herself if everyone survived the war. Which, Carter points out, “makes no logical sense.”

Carter herself was appointed to the Holocaust Commission by David Cameron in 2014. She was present at Yad Vashem when, in 2008, Callejon, dead since 1972, was honored as a Righteous Among the Nations. Carter’s mother says, of her father’s heroic actions, they were “the most important thing he ever did in his life.”