During the holiday of Passover, many Jews eschew bread, as well as most other grain products that might be leavened, or risen: Crackers, bagels, pasta, cake, and even beer (the latter is made from fermented barley, a Passover no-no).

At a brewery just outside Portland, Oregon, brewmaster Tom Kramer produces a batch of his own microbrew….flavored with, you guessed it, matzah. Every year after Passover, Kramer makes the rounds to the houses of his Jewish friends, collects their unused unleavened bread, and brews it into his own Matzobrau. (A bit of a warning: It’s described on the label as distinctly not kosher for Passover.) Kramer describes the beer as a “Golden Ale with Matzah added to the mash…the matzah is there, but not in a beat-you-over-the-head sort of way!” The culinary magazine Bon Appetit agrees, calling it a “dark beer with that unmistakable toasty note of the bread of affliction.”

You can visit Ambacht, Kramer’s brewery, online, but you’ve got to be in the Portland area in order to purchase it. Luckily, there’s still time: Kramer starts brewing Matzobrau after Passover ends, but it isn’t usually ready until late July. 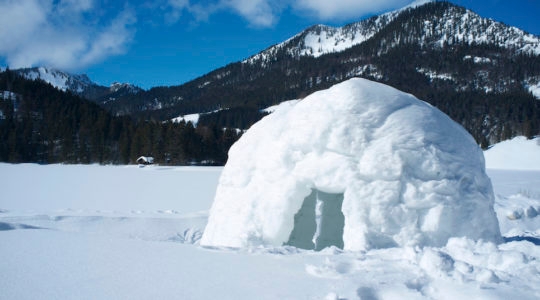 Unterzakhn: The Graphic Novel
Scrolling Through a Mysterious Polish Shtetl