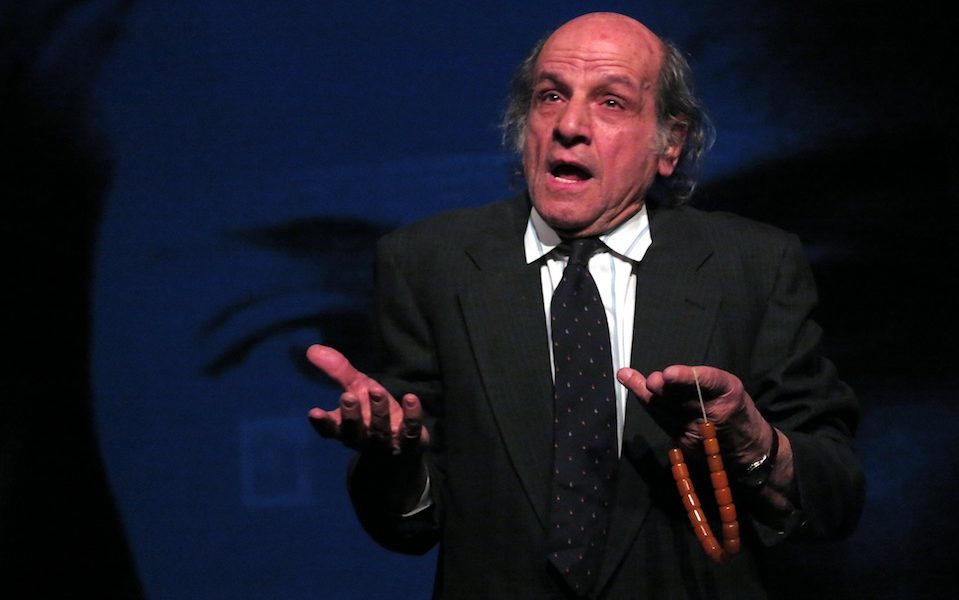 Golgotha, the name of the hill outside of Jerusalem where Jesus was crucified, is a Ladino word for suffering. It is also the name of a powerful play recently staged in New York City, on temporary loan from its native Tel Aviv, about the largely forgotten, and unmarked, plight of Sephardic Jews in the Holocaust.

The Israeli actor Victor Attar plays Albert Salvado, a Ladino-speaking Holocaust survivor from Salonica, Greece. Over the course of a quick hour, on a stage populated sparsely but effectively with an arm chair, wardrobe, and plenty of ouzo, Salvado’s anguish is put on full, tormented display.

The play occurs over the day or so before Salvado is to receive a long-desired honor: to light the torch at Yad Vashem’s annual Holocaust commemoration ceremony. For Salvado, this means the world—but it’s precisely this symbolic importance that brings Salvado such pain. After losing his wife and two daughters in Auschwitz, Salvado was a member of the Sonderkommando, the death camp prisoners tasked with discarding gas chamber victims. To this day, so many decades later, the guilt has never abated.

At times a multimedia performance—music and projections are used, overused—Golgotha is a gut punch, a breathlessly acted performance by Attar that relates an often-overlooked chapter of Holocaust history. Its NYC run was just a few days long, but it will be back home in Tel Aviv’s Tzavta Theater for its monthly (or so) performance, resuming in March.