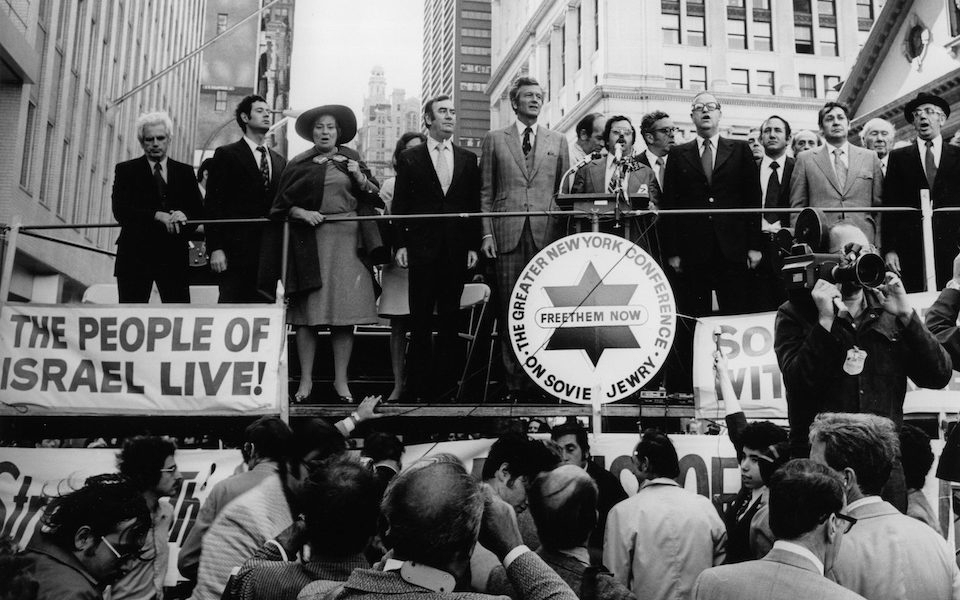 In 1977, Natan (Anatole) Sharansky was arrested for treason against the Soviet Union. When Cantor Robbie Solomon heard how courageously the long-time refusenik and human rights activist stood up to his accusers, he was inspired to stay up all night and compose a song. “I tried to put myself in Sharansky’s place,” Solomon told Jewniverse. “It was an out-of-body experience that seemed to come to me from somewhere else.”

Twenty-four hours later Solomon and his musical group, Safam, performed “Leaving Mother Russia” for the first time at Rutgers University Hillel. Even though his fellow musicians hadn’t rehearsed — let alone heard the song in advance — they sang along, while the packed crowd rose to their feet, clapping, stomping to the powerful lyrics and beat, and singing the final choruses.

“Leaving Mother Russia” soon became a rallying cry of the Soviet Jewry movement. Throughout the ‘70s and ‘80’s, Safam performed the anthem at major protest rallies, some with hundreds of thousands of protesters.

Forty years later, Safam concerts still feature “Mother Russia” as a nostalgic reminder of Jewish unity for a common cause. These days, it’s a clarion call to fight injustices and transform darkness to light, even in difficult times.