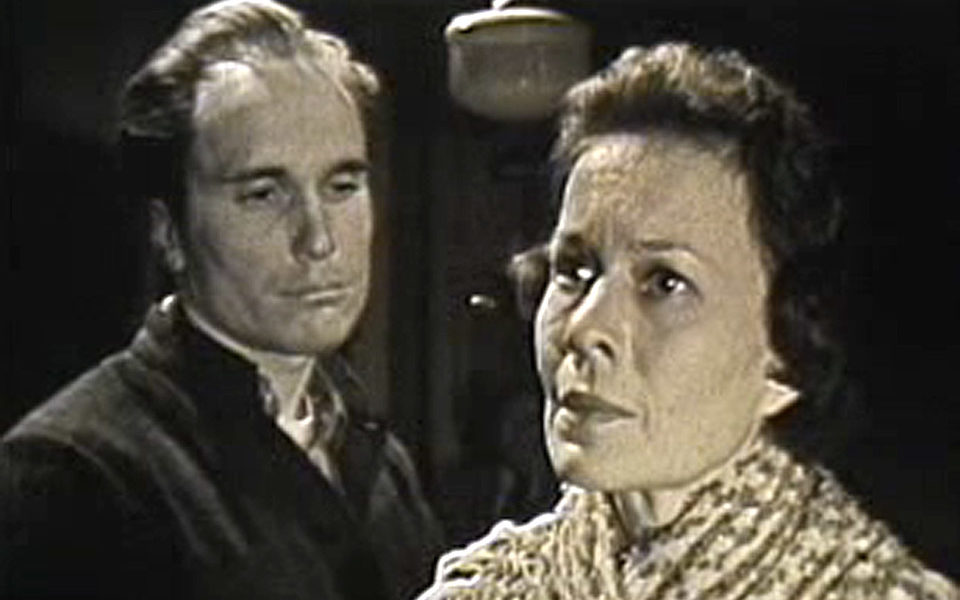 In 1960, two years before he played the reclusive hero Boo Radley in the film version of To Kill a Mockingbird, Robert Duvall played an anti-Semitic sociopath in a quickly forgotten film called Destiny’s Tot.

Set in the early 1940s in a federal penitentiary in Lewisburg, Pennsylvania, the film was based on an actual psychological case study, and typified anxieties and fascinations of the era: psychoanalysis, bigotry, Jews.

Duvall’s character, Anton, landed behind bars for being a Nazi rabble rouser in California. Confined to a cell and no longer feeling needed by the followers he once commanded, Anton’s internal demons take hold. He starts experiencing fainting spells and nightmares, and is sent for therapy with the prison “Jew psychologist.” Through their discussions, Anton’s flashbacks, and times when the doctor talks directly to the audience explaining Anton’s analysis, the viewer is provided with an eerie glimpse into the mind of a psychopath.

Though Destiny’s Tot was one of Duvall’s first films, according to the actor’s assistant: “Bobby doesn’t remember the film.”

Destiny’s Tot, unlike other Duvall films such as The Godfather, was never intended to be a blockbuster.  A public service program produced by NBC and the American Jewish Committee, it aired on TV only once.

Restored and digitized, the film can be viewed at ajcarchives.org.

The Battle of the Montreal Bagel