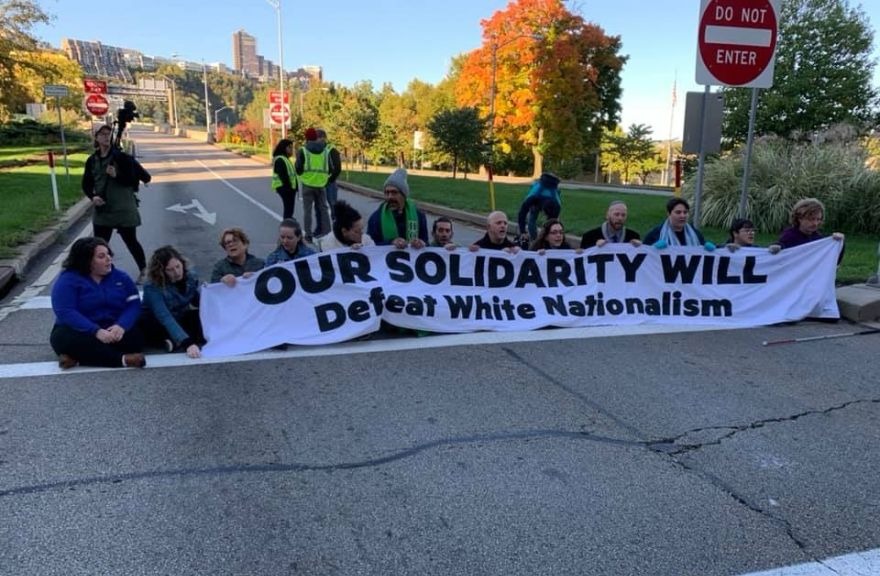 The protesters from the Pittsburgh chapter of the progressive advocacy group Bend the Arc carried signs reading “Our solidarity will defeat White Nationalists” and “You are not welcome here.” They also chanted “Trump endangers Jews,” according to reports and a post on the group’s Facebook page.

Trump was attending a fracking industry conference downtown on Wednesday.

His visit to the city comes nearly a year after the attack on the Tree of Life synagogue building that left 11 people dead. Some have blamed the attack by a far-right extremist on Trump rhetoric and his failure to consistently call out white supremacists.

Some 2,000 people protested Trump’s visit to the site of the synagogue attack just days after it took place.