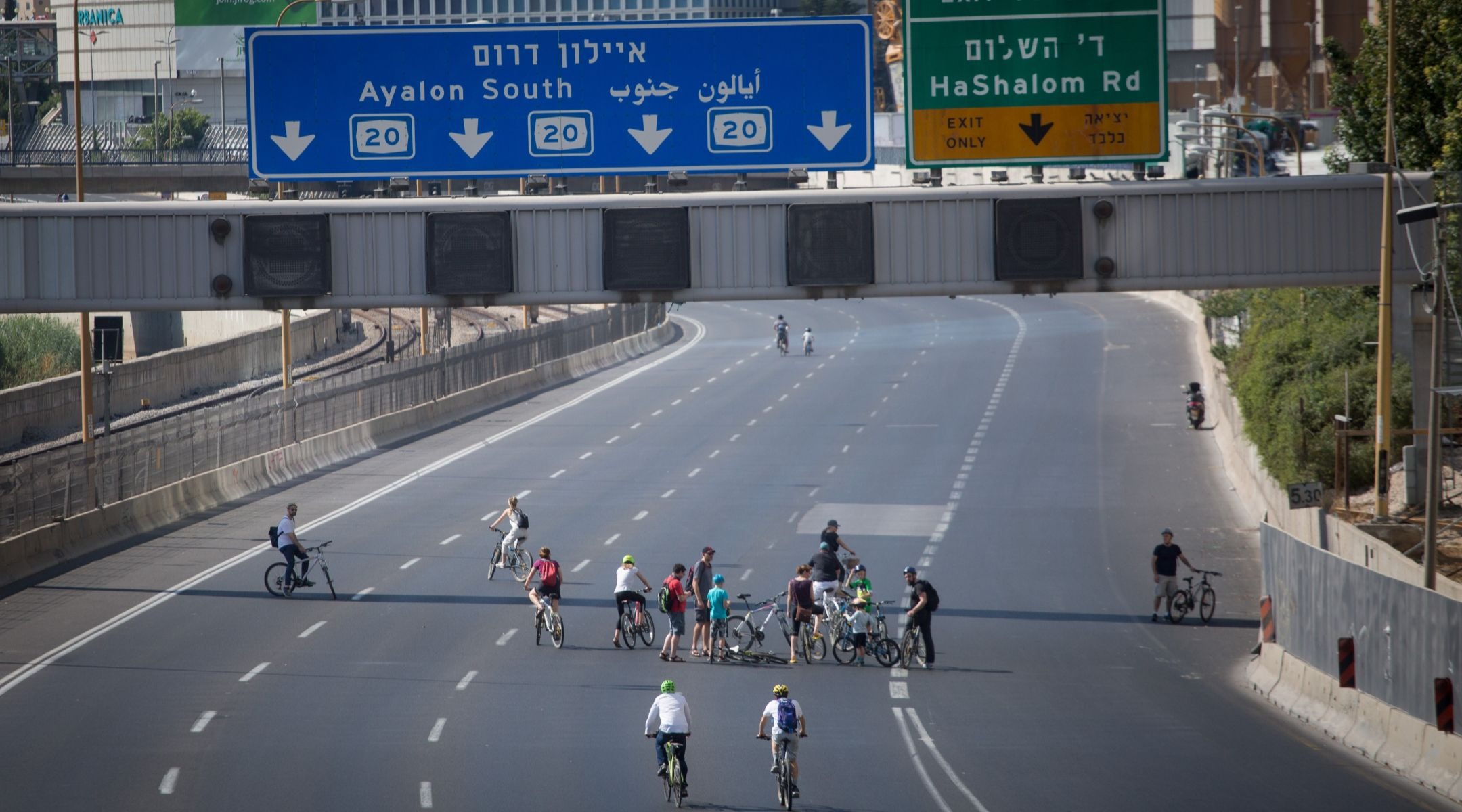 Israelis ride their bicycles along the empty Ayalon highway in Tel Aviv, on Yom Kippur, Oct. 9, 2019. The roads traditionally are empty on the holiest day of the Jewish year. (Miriam Alster/Flash 90)
Advertisement

Israeli children and adults flood the streets of Israel on the holiday, when the roads are empty of cars, buses and trucks.

An 8-year-old boy was hit by a car on a main thoroughfare in Tel Aviv on Wednesday. The driver is suspected of drug dealing and of trying to hide the evidence after he hit the boy. Amir Abu Laben, 20, from Ramle, was seen throwing something into the bushes after the accident. Police searched the bushes and found 1.6 grams of cocaine.

A 10-year-old boy on a bicycle was hit by a motorcycle on Route 443 near the Ben-Shemen Youth Village in central Israel.

Magen David Adom told Israeli media that it treated more than 250 people for injuries related to cycling, rollerblading, scooters, and skateboards. Another nearly 270 people were treated for conditions related to fasting, including being dehydrated, feeling ill or fainting. MDA paramedics also delivered three babies and took care of 140 women in labor.