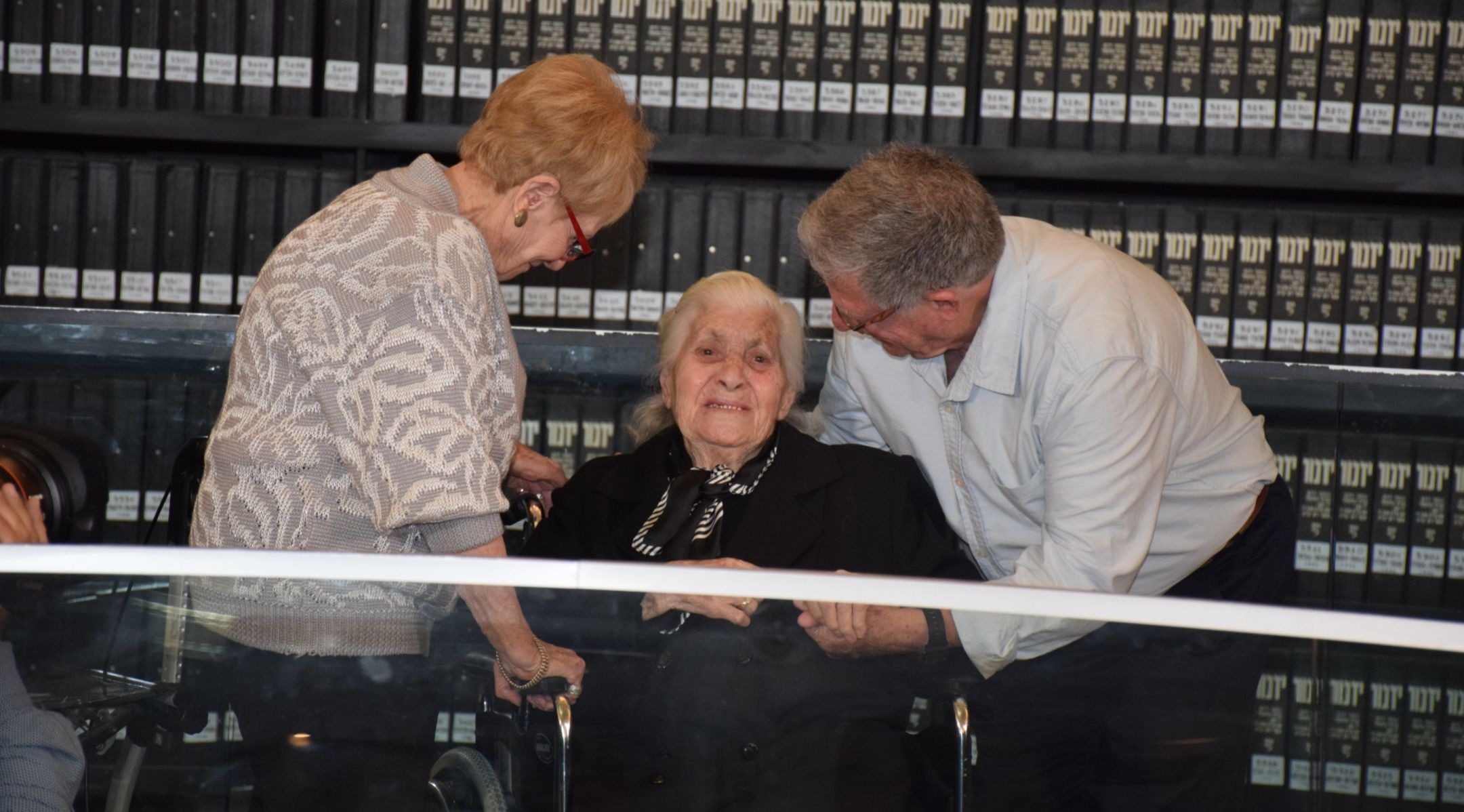 Holocaust survivors Sarah Yanai and Yossi Mor reunite at Yad Vashem with Melpomeni Dina (center), one of their wartime rescuers who was recognized by Yad Vashem as Righteous Among the Nations. (Courtesy of Yad Vashem)
Advertisement

JERUSALEM (JTA) — Two Holocaust survivors who live in Israel and the Greek woman who with her sisters rescued them met again for the first time since World War II at the Yad Vashem Holocaust remembrance center in Jerusalem.

Survivors Sarah Yanai (née Mordechai) of Ramat Hasharon and Yossi Mor (previously Mordechai) of Beersheba were reunited after decades with one of their rescuers, Melpomeni Dina (née Gianopoulou). Both were born in Veria, Greece, a small town of 600 Jews located near Thessaloniki. The survivors were joined by nearly 40 of their descendants, who are alive today because of the Greek rescuers.

Dina and her two young sisters, and members of the Axiopoulos family, hid and provided food for six members of the Mordechai family – Miriam and her five children – during World War II. Miriam Mordechai had trained Dina’s older sister to be a seamstress, at no charge because the girls were orphans.

When the Mordechai’s first hiding place was compromised, the Gianopoulou sisters took them in and kept them hidden in a room of their home in Veria. They later helped the Mordechai family flee to the Vermio mountains but continued to provide food for them until the end of the war.

In 1994, Yad Vashem recognized Dina as one of the Righteous Among the Nations. The Axiopoulos family were recognized in 1989.

The U.S.-based Jewish Foundation for the Righteous helped arrange the reunion. The foundation provides monthly financial assistance to more than 265 aged and needy rescuers living in 18 countries, and has provided more than $40 million to rescuers since its founding.

Yad Vashem has so far recognized over 27,000 Righteous Among the Nations, 355 of whom are from Greece.