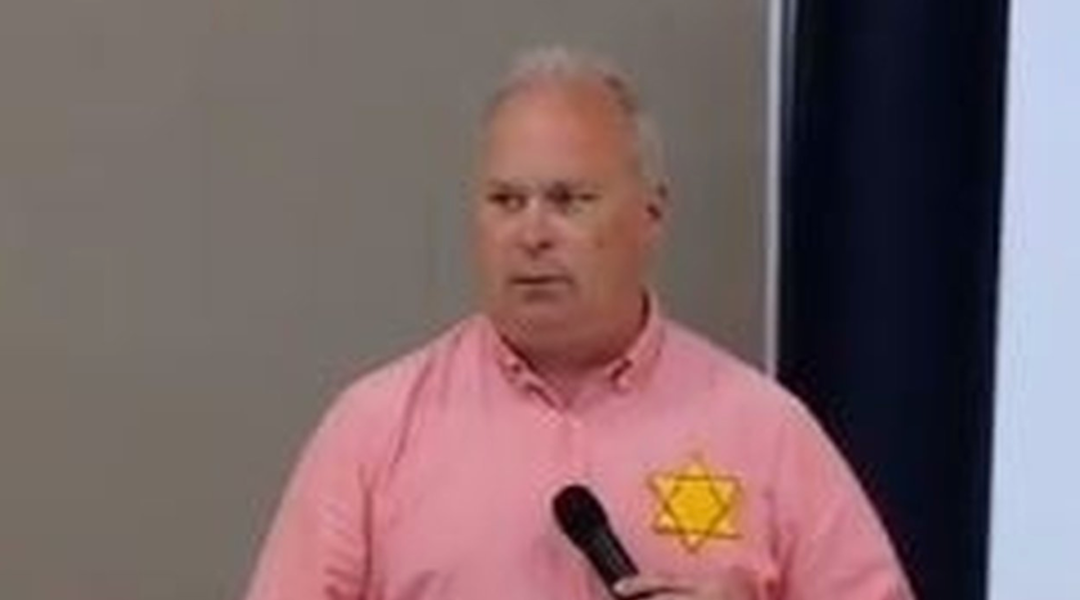 (JTA) — Republican lawmakers in Washington state and Alaska likened coronavirus mandates to Nazi laws — a phenomenon that Holocaust remembrance and Jewish groups have said is offensive.

State Rep. Jim Walsh of Washington wore a yellow star over the weekend in a speech to conservative activists in Lacey.

“It’s an echo from history,” Walsh wrote on a Facebook page where the event was recorded, The Seattle Times reported. “In the current context, we’re all Jews.”

“This gesture went too far,” he said on the Jason Rantz show on KTTH AM 770, adding, “It was inappropriate and offensive. I’m terribly sorry that it happened and that I was a part of it.”

Washington does not require vaccinations, but employers must verify that employees are vaccinated before lifting mask mandates.

In Alaska, state Rep. Ron Gillham posted on Facebook a photo of Nazis being executed, the Anchorage Daily News reported.

“Members of the Media who lied and misled the German People were executed, right along with Medical Doctors and Nurses who participated in medical experiments using living people as guinea pigs,” Gilliam wrote. “Those who forget the past are condemned to relive it.”

Gillham removed the post when the local media informed him that it was a photo of Nazis being executed in Ukraine in 1946. The lawmaker told the media he removed the post only because the photo was inaccurate and that he was not advocating for executing media, but for accountability.

Alaska does not mandate vaccinations, although its government encourages them.

A number of Republicans across the country have drawn fire for likening coronavirus protections to the Nazi era. U.S. Rep. Marjorie Taylor Greene, R-Ga., apologized for making the comparison.

Speaking of Walsh, Dee Simon, the director of the Seattle-based Holocaust Center for Humanity told The Seattle Times: “Our government is making an effort to protect their own citizens, not kill them.”