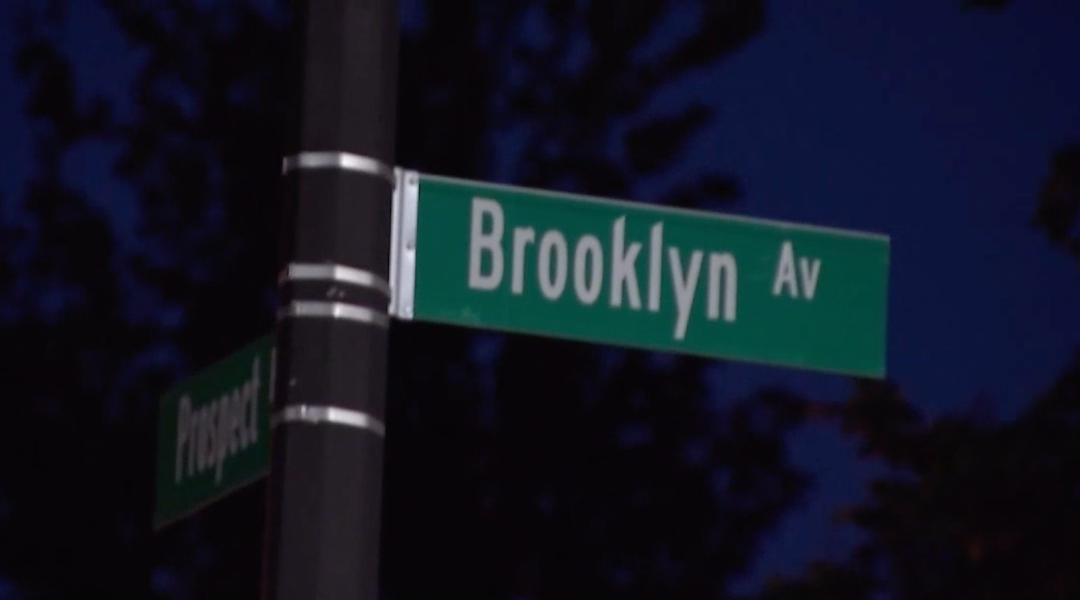 The spot in Brooklyn where another Jewish man was assaulted with a rock. (Screenshot from NBC 4 New York)
Advertisement

(JTA) — For the second time in less than a week, an identifiably Jewish man has been attacked in the Crown Heights section of Brooklyn with a stone.

Police said a group of men threw a rock at a delivery driver, an Orthodox Jew, as he sat in his truck at the corner of Brooklyn Avenue and Prospect Place at approximately 5 p.m. Thursday, WNBC-TV reported.

The rock broke the driver’s side window and hit him in the eye, cutting his face. The delivery man refused medical attention.

The attack took place about a dozen blocks away from where a rabbi was injured Tuesday morning after having a paving stone thrown at him in what is being investigated by police as a hate crime.

“The continued violence and hate directed towards visibly observant Jewish individuals in our community must stop now,” Evan Bernstein, the New York/New Jersey Regional director of the Anti-Defamation League said in a statement Friday.

In the Tuesday incident, police told WNBC that Abraham Gopin, 63, was going through his morning exercises in Lincoln Park Terrace when another man allegedly yelled a Jewish slur at him and threw a rock in his direction, but missed. The father of 10 confronted the rock thrower, who started punching him, police said. Gopin fought back before being hit with the paving stone.

The assailant fled the park on foot. Gopin was hospitalized but is now recovering at home after suffering a broken nose, two broken teeth and bruises.